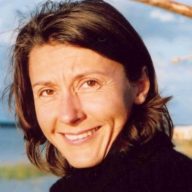 Kadri Liik is a senior policy fellow at the European Council on Foreign Relations. Her research focuses on Russia, Eastern Europe, and the Baltic region.

Before joining ECFR in October 2012, Liik was the director of the International Centre for Defence Studies in Estonia from 2006 until 2011, where she also worked as a senior researcher and director of the Centre’s Lennart Meri Conference. Throughout the 1990s, Liik worked as a Moscow correspondent for several Estonian daily papers, including the highest-circulation daily in Estonia, Postimees, as well as Eesti Päevaleht and the Baltic News Service. In 2002, she became the foreign news editor at Postimees. In 2004, she left to become editor-in-chief at the monthly foreign affairs magazine, Diplomaatia. She was also the host of “Välismääraja”, a current affairs talkshow at Raadio Kuku in Tallinn.

Liik holds a BA in Journalism from Tartu University (Estonia) and an MA in International Relations specialising in diplomacy from Lancaster University.

Putin also wants a world order based on different principles, and this is what makes Putin’s previous actions logical and understandable

How can the EU impose costs on Russia?

The key challenge for the West is to deter any possible Russian action in Eastern Ukraine, and pursue a twin-track policy aimed at de-escalation

Mark Leonard talks to Andrew Wilson and Kadri Liik about the outcome of the Eastern Partnership summit in  Vilnius, what it means for Ukraine,…

The world in 30 minutes with Mark Leonard

“The world in 30 minutes” is a brand new ECFR podcast on the ideas, policies and trends that will shape the world. In this…

What does the end of "managed democracy" mean for Europe?

A sandcastle in the sun: Putin’s first year back in power

Vladimir Putin may still be the most popular politician in Russia, but his system of government is showing certain signs of weakness one year after returning to power.

Russia’s relative resilience: Why Putin feels vindicated by the pandemic

The last of the offended: Russia’s first post-Putin diplomats

Winning the normative war with Russia: An EU-Russia Power Audit

In the federal election year, Germans are ready to give new European solutions a strong boost and take more risks

The new power couple: Russia and Iran in the Middle East

The road back to European power

The invisible battle for Russia’s future

There are homegrown democrats in Russia who do not automatically sympathise with the West. They could lead the country to change from the top.

Regardless of the election result, Moscow will continue to see US policies as provisional – as a part of a temporary phase that one needs to wait out, to see what follows

How Russia is winning at its own game

Why analysts in Moscow dismiss the UK Parliament’s Russia report

The July 2020 report by the UK Parliament’s Intelligence and Security Committee is part of a wider and somewhat depressing phenomenon: Western countries’ analyses of what Russia is doing are often mediocre in the eyes of those in Moscow

Coronavirus: Not Putin’s kind of crisis

With no heroes to laud or foes to lambast, Putin is not having a good crisis. But don’t write him off just yet.

Will he stay or will he go? Putin’s role will change

A political transition has started in Russia. While preserving a powerful role for Vladimir Putin, 2024 might nonetheless bring about real-enough change.

Negotiations with Russia over a new European security order would have huge – to many, alarming – implications for Ukraine, the EU, and the NATO alliance

Russia’s strategy in the Middle East

Protest movement in Belarus: Will Lukashenko survive the current state (of) crisis?

In this week’s episode, Jeremy Shapiro stepped in as host and welcomes senior policy fellows Kadri Liik and Andrew Wilson as well as political scientist…

The last of the offended: Russia’s first post-Putin diplomats

Kadri Liik presented her latest policy brief “The last of the offended: Russia’s first post-Putin diplomats” in a webinar organised by the Rome Office on…

Chemical weapons attack in Syria: What next?

UK sanctions against Russia, and a new trade war

A summary of Kadri Liik’s article “The invisible battle for Russia’s future” is published by the Hungarian Magazine “Orszagut”.

Russia is a top-down country. Any meaningful attempts for democratization or liberalization have always started from above and then made use of the pressure from below.

There are homegrown democrats in Russia who do not automatically sympathize with the West, explains Kadri Liik in her article.

Kadri Liik discusses the current state of Europe-Russia relations and how the US should approach Russia during the Biden presidency in this podcast.

Actually, the Russians might be trying to smooth out what happened a little bit, they probably also realized that the Borrell visit went  a little ugly for whatever reason.

Kadri Liik speaks about the visit of Finland’s foreign minister to Russia after the Borrell meeting.

..offering Russia resets every other year only leads to greater Russian disregard for Western interests in eastern European security or in the Middle East.

Carl Bildt quotes Nicu Popescu and Kadri Liik in his latest op-ed on the West’s attempts to reset relations with Russia.