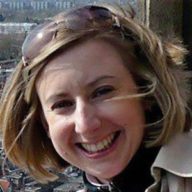 Jennie Bradley was an executive assistant to the management team at the European Council on Foreign Relations until October 2020. She joined ECFR in May 2010. She has been living in London since 2007, after living and working in France after university. Her languages include French and German, and she graduated with a BA (Hons) in European Studies from the University of Hull, staying on to do an MA in Historical Studies (Modern European Political History). Her interests lie in Modern European History and Politics, with her MA thesis written on Winston Churchill’s Vision for British Participation in a United Europe. She has worked in both the European and the UK Parliaments.

At ECFR, Bradley looked after and coordinates the busy schedules of the Management Team led by Director Mark Leonard.

Time to talk: Europe and the Vulnerability Equities Process

Finding a healthy balance between a nation’s national security needs and the government’s responsibility to keep the public secure in cyberspace, is a complicated task