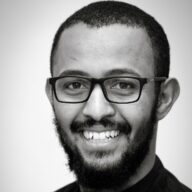 Hallelujah Lulie was a visiting fellow with ECFR’s Africa programme, based in Addis Ababa. He is an analyst and regional security researcher interested in democratisation, regional security, nation and state building and social movements in the Horn of Africa, and the affairs of the African Union. Previously, Lulie headed the Institute of Strategic Affairs, the Ethiopian government’s prime strategic policy think-tank, and was member of the policy advising team at the Office of the Prime Minster of Ethiopia. He also worked as program director at Amani Africa, as a researcher at the Institute for Security Studies, and as a research consultant for the International Institute for Strategic Studies. His expertise has been covered by The Economist, The New York Times, The Washington Post, the BBC, Al-Jazeera, The Guardian, Reuters Foreign Policy and The Financial Times.

Lulie studied at the London School of Economics and Political Science specialising in nationalism and democratisation, and also holds degrees from UPEACE-IPSS and Addis Ababa University.