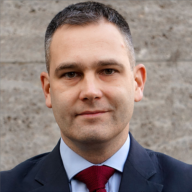 Gustav Gressel is a senior policy fellow with the Wider Europe Programme at the European Council on Foreign Relations’ Berlin office. His topics of focus include Russia, Eastern Europe, and defense policy.

Before joining ECFR, Gressel worked as a desk officer for international security policy and strategy in the Bureau for Security Policy of the Austrian Ministry of Defence from 2006 to 2014, and as a research fellow of the Commissioner for Strategic Studies with the Austrian MoD from 2003 to 2006. He was also a research fellow with the International Institute for Liberal Politics in Vienna. Before his academic career he served five years in the Austrian Armed Forces.

Gressel holds a PhD in Strategic Studies at the Faculty of Military Sciences at the National University of Public Service, Budapest and a Masters Degree in political science from Salzburg University. He is the author of numerous publications regarding security policy and strategic affairs and a frequent commentator on international affairs. His opinions have appeared in media such as the New York Times, the Guardian, Die Welt, NZZ, Bild, the Diplomat, New Eastern Europe, Foreign Policy, Gazeta Prawna, Rzeczpospolita, Kyiv Post, the Moscow Times, Capital, the Telegraph, the Economist, Newsweek, Deutsche Welle, RTL, al Jazeera, TVP, TRT, Polskie Radio, RFI, FM4, Ukraine Today, and Radio Free Europe.

The politics of history: how the perception of WW II shapes political debates on Eastern Europe

Peace in Europe can be based only on equal rights to social, political, and economic development for all

Germany and the Eastern Partnership: the view from Berlin

Gustav Gressel Commentary View Views from the Capitals 19 May 2015

Conservatives say Germany should pursue Bismarck’s policy of placating Russia, but a Bismarck of today would have a wholly different strategy

View from Vienna: Austria is again on the sceptical side

Austria is still sceptical about sanctions, but it will not challenge the bigger EU states without support

Crisis diplomacy and the Russian-Ukrainian war

Ukraine is at war with Russia and only the West can turn the tide – but will it?

How should Europe respond to Russia? The Austrian view

Russia and non-proliferation: A concession that never was

Guarding the guardians: Ukraine’s security and judicial reforms under Zelensky

The EU, US, and NATO must ensure that these services remain high in the minds of the Zelensky administration and of Rada members

Anti-Western elements, exploitable by the Kremlin, exist not only on the fringes of European politics, but reach right into the heart of established parties

Keeping up appearances: How Europe is supporting Ukraine’s transformation

Reforms in key state institutions, such as the judiciary, have failed to deliver results

European governments have yet to learn a key lesson from the war in Ukraine. The alternative reality the Kremlin lives in is becoming increasingly dangerous.

The slow dismantling of the Belarusian state

While this revolutionary movement did not start as a geopolitical endeavour, it will certainly end as one

The Kremlin knows that intervening militarily would lose it the goodwill of the Belarusian people. But it does not rule out a managed transition to a candidate of its choice.

Russia’s nuclear deterrence principles: what they imply, and what they do not

Russia’s nuclear policy has long been shrouded in secrecy. But a newly published presidential decree on nuclear deterrence clarifies some issues while still leaving ample room for speculation.

A US withdrawal from the agreement would shift the blame from a non-compliant Moscow onto Washington, fuelling anti-Americanism and, perhaps, calls for a US military withdrawal from Europe

In the third episode of ECFR’s summer series on strategic sovereignty, Mark Leonard talks to Gustav Gressel, Acting Director of the Wider Europe programme and…

The dynamics that were set in motion went in the other direction. The USA has doubled its military aid to Ukraine.

Gustav Gressel is not very optimistic about the outcome for the Kremlin after the military operation in eastern Ukraine.

While the Kremlin’s fears are based on illusions, it believes that these illusions entitle it to real offensive actions.

Gustav Gressel comments on the EU response to the Ukraine crisis.

There is little doubt that Russia is pulling together an assault force capable of invading Ukraine.

The deployment is more than sabre-rattling or war drums, as many in Germany believe.

Gustav Gressel talks about the military and weaponry placed by Russia on the Ukraine border.