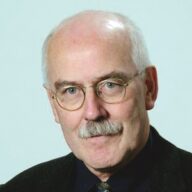 Dick Oosting is a member of the European Council on Foreign Relations, and was previously its CEO from 2010 to 2016.

His many years of experience working in human rights and refugee organisations in different countries started in the mid-1970s when he coordinated Amnesty International’s first worldwide campaign against torture (an activity highlighted in Amnesty’s Nobel Peace Prize citation in 1977). After then serving five years as Amnesty’s Deputy Secretary General, he returned to the Netherlands to head its Dutch national section, and from 1999 spent eight years in Brussels leading Amnesty’s EU office. In between he has also directed a Dutch child protection agency and the Dutch Refugee Council.

Prior to joining ECFR Dick managed the Europe programme of the International Center for Transitional Justice, managing programmes in the former Yugoslavia, Cyprus and Afghanistan. Dick has been on high level human rights missions to Africa, Asia and the Middle East. An international lawyer by education, he has also been engaged in key European domestic policy issues like asylum, immigration and child protection, and has extensive EU experience.

A principled approach to migration

The EU needs a long-term approach based on real solidarity

Mark Leonard talks to Dick Oosting and Ellie Geranmayeh about the nuclear talks in Iran, the aftermath of the European elections and the upcoming…