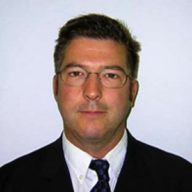 Andrew Wilson is a senior policy fellow at the European Council on Foreign Relations. His topics of focus include Ukraine, comparative politics of democratisation in the post-Soviet states, and political technology

Wilson is Professor in Ukrainian Studies at University College London. His book Ukraine Crisis: What the West Needs to Know was published by Yale in October 2014 in the UK and in November in the USA. He has worked extensively on the comparative politics of the post-Soviet states since 1990. His other books include Belarus: The Last European Dictatorship (2011), The Ukrainians: Unexpected Nation (Third edition, 2009), Ukraine’s Orange Revolution (2005) and Virtual Politics: Faking Democracy in the Post-Soviet World  (2005).

As Russia prepares for the inauguration of Dmitry Medvedev on 7 May, the mystery surrounding the next president continues to grow

The fact that Dmitry Medvedev has won the Russian presidential election hardly counts as news, but the manner of his win contained a number of surprises

Meeting Medvedev: The Politics of the Putin Succession

An in-depth analysis of the political context of Dmitry Medvedev's rise, focusing on the behind-the-scenes manipulation by ?political technologists'

Why EU leaders should not stare into Medvedev’s eyes

In 2000, George Bush looked into Putin's eyes and claimed he had found a soulmate for the West. Today, Western leaders may be about to repeat the same mistake with Dmitry Medvedev.

Even after a reciprocal endorsement between Putin and Medvedev, a delicate balancing act will be necessary to manage Putin?s succession in the coming months

Putin?s grand plan may not yet be clear, but most of the likely variants now hinge on how he will use the mandate from Sunday?s election to stage-manage the next vote in March

Ukraine: Finally a new Parliament, but no new government

The new Ukrainian parliament finally assembled on Friday, 23 November, almost two months after the elections. It then immediately adjourned until Thursday 29 November. An update on Ukraine's complex political developments.

Ukraine Goes to the Polls: Another Year, Another Crisis?

After years of political stagnation, 2008 will be a key year for Europe and the Ukraine

Lessons from Belarus: How the EU can support clean elections in Moldova and Georgia

Dramatic change may not be on the cards, but the EU can and should shift to a ‘status quo plus’ approach that builds on existing activity

So far from god, so close to Russia: Belarus and the Zapad military exercise

Survival of the richest: How oligarchs block reform in Ukraine

What does Ukraine think?

From sanctions to summits: Belarus after the Ukraine crisis

As the European order shifts, the EU has a chance to rethink its strategy and objectives

What will happen with Eastern Ukraine?

The situation in eastern Ukraine is only a temporary stalemate

Recent elections have seen Georgia’s ruling party dig in, while Moldova’s has lost the presidency

Why the EU now needs a deliberate Belarus policy

The Belarusian presidential election campaign features at least three candidates the government cannot control or ignore – all of whom have the potential to reach a broad audience.

Ukraine and the oligarchs: Endless delays to reform

The coronavirus has hit Ukraine hard, but the IMF has promised the country less funding than seemed likely only months ago. Self-interested oligarchs are delaying necessary new reforms and pushing back against those Ukraine has already made.

Will Ukraine's young new leaders begin to reckon with their deep state?

Although US President Donald Trump’s efforts to undermine the election are shameless, they are still more subtle than the outright election rigging that one finds…

Protest movement in Belarus: Will Lukashenko survive the current state (of) crisis?

In this week’s episode, Jeremy Shapiro stepped in as host and welcomes senior policy fellows Kadri Liik and Andrew Wilson as well as political scientist…

Is Peace in Sight in Donbas?

The European Union and the Eastern neighbourhood

How will Russia and Europe’s eastern neighbours look 14 years from now? What key trends will play out in Russia and Eastern Europe? What sort…

What future for the EU-Russia relations?

Seminar on June 9th on the EU-Russia relations at the Académie Diplomatique Internationale: Panel 1: Andrew Wilson, Professor at University College in Londores and Senior Policy Fellow at ECFR…

What future for the EU-Russia relations ?

It is always difficult to be accurate with numbers, but it still is a lot for a small country like Belarus, and given last week's intimidation context, it is an impressive number.

Andrew Wilson is quoted by L'Echo regarding the mobilisation in Belarus.

There was a kind of social contract, with workers especially, and it has broken down.

Andrew Wilson comments on the conflict and protests after the elections in Belarus.

True versus false is an interesting distinction in Belarusian elections. There are fake opposition candidates that the regime has sent into the race to make it look like real elections.

Andrew Wilson being interviewed about Lukashenko and the question of whether Belarus can experience a "second Maidan".