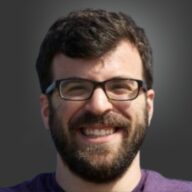 Religion, politics, and society in North Africa; the Sahara; the Sahel

Andrew Lebovich was a policy fellow at the European Council on Foreign Relations. His research focuses on North Africa and the Sahel.

Lebovich is currently a doctoral candidate in African History at Columbia University in New York, where he studies religion, politics, and society in North Africa, the Sahara, and the Sahel. He previously worked for the Open Society Initiative in West Africa (OSIWA) as a Sahel consultant, advising the organisation on political, social, and security issues in West Africa and the Sahel, and for the New America Foundation. He has lived and conducted field and archival research in France, Algeria, Morocco, Senegal, Mali, and Niger.

Mapping armed groups in Mali and the Sahel

Violence is tearing Mali and the Sahel apart. But who are the armed groups behind the bloodshed? Where are international actors stationed in the region? And what motivates them all?

France’s strongman strategy in the Sahel

The French response to internal threats in North African countries has been to reinforce authoritarian rule to keep the peace. But it could inflame miltancy in the long run, especially in Chad and Libya.

Algerians have taken to the streets to voice their discontent with President Abdelaziz Bouteflika's plan to run for a fifth term in office. Could this be the beginning of more fundamental reform?

The death of a jihadist: A chance to curb Mali’s conflict

Last month, French forces in Mali killed one of the Sahel’s most prominent jihadist leaders, Amadou Koufa – his death is a brief opportunity for Mali’s government and the international community

The Sahel: A transit region for migration

Mark Leonard speaks with Shoshana Fine and Andrew Lebovich about what is Europe trying to so in the Sahel. Bookshelf: The Good Immigrant by Nico…

Mali, Algeria, and the uneasy search for peace

This summer, Ibrahim Boubacar Keita was re-elected to Mali's presidency; his plan for peace in the country can stem the conflict, but as the Algerian case shows, the process of reconciliation can be daunting

Halting ambition: EU migration and security policy in the Sahel

Disorder from Chaos: Why Europeans fail to promote stability in the Sahel

The Alliance aimed to integrate security, development, and governance perspectives but has struggled to find coherence and effectiveness

Religious issues and leadership play an increasingly important role in Mali, but international actors are ill-equipped to understand and analyse this

Halting ambition: EU migration and security policy in the Sahel

Bringing the desert together: How to advance Sahel-Maghreb integration

Policy recommendations Develop a joint framework on migration among the countries of the Sahel, the broader West African region, and the Maghreb. Help countries in…

Deciphering Algeria: the stirrings of reform?

Despite speculation of crisis waiting in the wings, Algeria is making tentative steps towards opening its economy and confronting political transition

Russia’s long shadow in the Sahel

The EU’s values-led foreign policy and its stabilisation objectives in the Sahel are in tension with each other. Russia is now waiting to exploit that tension.

Europeans reacted sharply to the news of Wagner Group’s interest in Mali – and interviews suggest the company has been present in the country. But European states and the EU remain the dominant security and development player in the Sahel.

After Barkhane: What France’s military drawdown means for the Sahel

Emmanuel Macron took allies by surprise when he announced the end of Operation Barkhane. But his new plans do not appear to offer the change of tack the Sahel needs.

How France and the US can work to stabilise the Sahel

After the indifference of the Trump years, the Biden administration should broaden and deepen its cooperation with France in the Sahel

Fighters across the region may be drawn in if the violence continues, as has happened for years in Libya’s cascading internal and proxy wars

Mali’s transitional government: The dangers of the junta clinging to power

There are promising signs in Mali’s new government, but the international community must take action now to ensure the military junta cedes power to civilians.

The coup creates an opportunity to address the crucial, intertwined issues of reform and consultation – issues that have been neglected by the authorities at key points in Mali’s recent history

Unchecked escalation: Why Mali is in turmoil

Mali’s politics is undergoing radical change, partly due to years of discontent with its entire political and economic elite

Mapping armed groups in Mali and the Sahel

Violence is tearing Mali and the Sahel apart. But who are the armed groups behind the bloodshed? Where are international actors stationed in the region? And what motivates them all?

The Sahel: A transit region for migration

Mark Leonard speaks with Shoshana Fine and Andrew Lebovich about what is Europe trying to so in the Sahel. Bookshelf: The Good Immigrant by Nico…

The Sahel: a key region for France and Europe

Conference on the Maghreb region and its relation with Europe 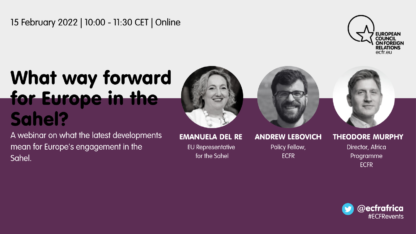 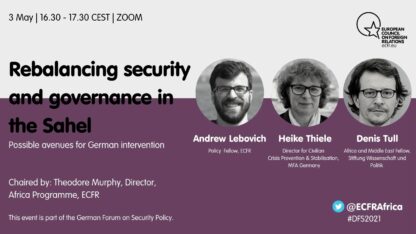 Rebalancing security and governance in the Sahel: Possible avenues for German intervention 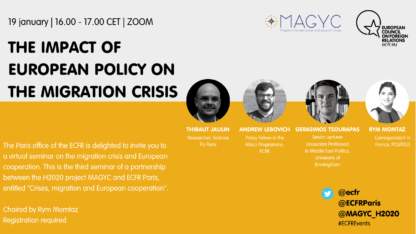 The impact of European policy on the migration crisis

French forces eliminated a significant number of jihadist fighters and leaders, operating under incredibly difficult circumstances and at high risk

Andrew Lebovich comments on the withdrawal of French forces from Mali

Andrew Lebovich is quoted by Liberation on Al-Qaeda in Mali