Explaining the recent spike in migration from Tunisia to Europe

Over the past few weeks Tunisia has attracted increasing attention for the revival of its migration route toward Italy. 4,500 people from Tunisia reached Italy in 2017 – a fourfold increase on last year, with more than 3,000 arriving between September and mid-October.

A host of false claims have been made about the reasons for this recent spike in Tunisian arrivals, which this article seeks to dispel. The analysis here suggests that the primary cause for the uptick is Tunisia’s deepening socio-economic and political challenges.

This makes it hard to see how Tunisia could become a key partner in managing migration coming from sub-Saharan Africa, as some Europeans suggest. Rather, the new data shows that Tunisia is in fact still an origin, rather than a transit, country.

Myth 1: The spike in arrivals from Tunisia is due to the Italy-Libya deal that restricted migration from Libya

Generally speaking, it’s true that migration flows change in response to counter-measures: close one route, another one opens up. But this particular claim does not ring true. While migrants arriving through Libya are mostly sub-Saharan Africans and Bangladeshis, the ones arriving from Tunisia are mostly Tunisians. As such there is little correlation between the Italian-Libyan agreement and the rise of arrivals from Tunisia.

Myth 2: The spike represents an influx of terrorists pardoned by the Tunisian president

Every year the Tunisian President pardons a number of people detained for minor crimes. Last year President Essebsi pardoned 1,538 prisoners, but only 412 of these have been released thus far. Many of those pardoned were jailed for soft drug use (such offences account for around one quarter of Tunisia’s prison population), and certainly none were convicted of terror-related crimes.

The pardons are thus clearly insufficient to explain the increase of thousands of Tunisian migrants. This myth is rather a classic example of nativist scaremongering, falsely linking migrants with criminals and terrorists.

Myth 3: The spike is due to Tunisian authorities letting more migrants through in order to extract more money from Italy in exchange for stricter controls

There is little evidence for this claim. The Tunisian government is actively fighting illegal migration, and has arrested close to 1400 illegal migrants this year.  Moreover, Tunisia has already signed agreements with Italy to regulate migration and facilitate returns.

Still, these numbers are nothing compared to the influx of more than 25,000 Tunisians in 2011, nor compared with the total arrivals in Italy this year (so far 114,062, mostly from West African countries). 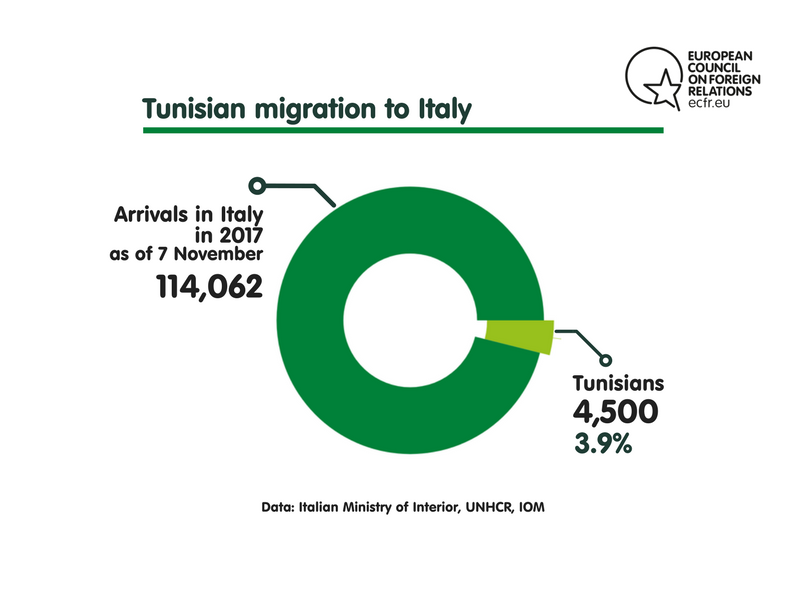 The current volume of migrants should not be underestimated, but the figures do not justify overreactions by the government or public, which are driven more by populist campaigning than the facts.

The idea that Tunisia could serve as a hub for European 'hotspot’ processing centres for sub-Saharan migrants is often discussed in European meetings on migration. Tunisia has been described as the perfect partner, in contrast with Libya, Egypt and Algeria, which all have significant human rights issues.

But Tunisia, too, has major problems when it comes to refugee and migration policies: it simply doesn’t have any legal framework regulating the status of refugees and asylum seekers. NGOs and humanitarian associations, among them the UNHCR, have continuously called for a law on the issue, and its absence surely represents an obstacle to a common policy of asylum.

Moreover, Tunisian society is already characterised by widespread economic and political discontent. A policy aimed at hosting – even temporarily – large numbers of sub-Saharan migrants in Tunisia could exacerbate unrest and lead to crisis.

Reality: Why are so many Tunisians migrating right now?

Tunisia’s domestic path is full of obstacles and difficulties, which are the real cause of the latest spike in emigration. The already critical socio-economic situation deteriorated sharply over recent months. The dinar has devalued by more than 25% during the last year. 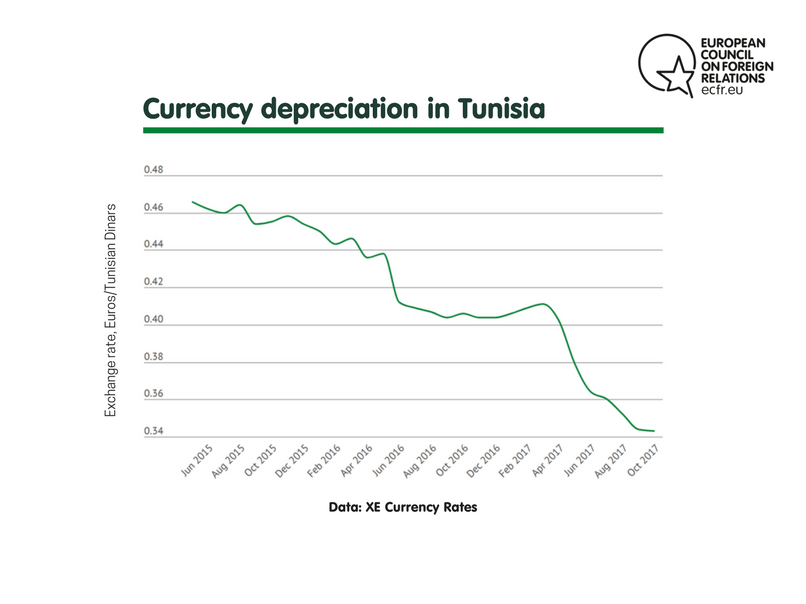 The most evident effect of this is the unprecedented rise in consumer prices, with some basic commodities inflated by more than 15%. 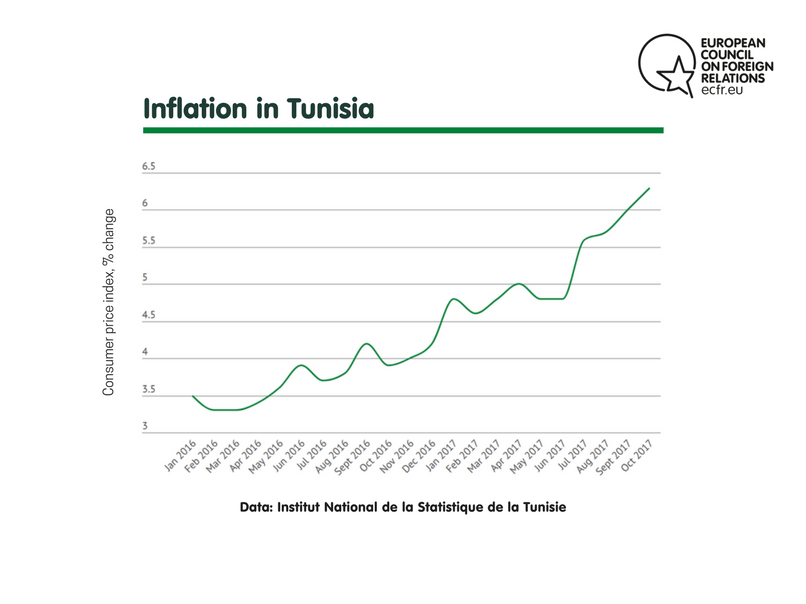 Unemployment is still at more than 15%, with an even higher rate among recent graduates. 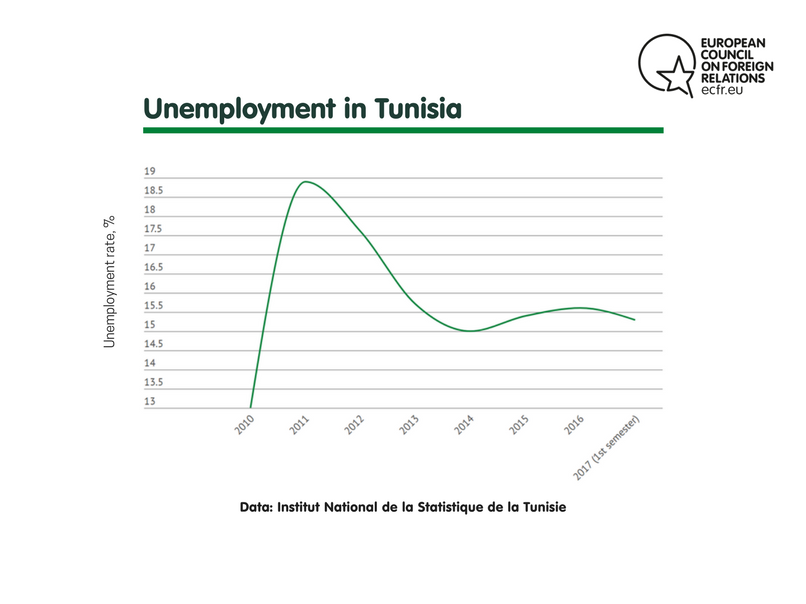 Corruption has also returned as one of the worst plagues of the country: salaries for public officials like policemen are low – around €300/month – and this makes it easier for officials to be corrupted, as in the case of some border officials.

Moreover, the fishing industry, especially in the area of Kerkennah (whose el-Attaya port is a key departure point for migrants), has been hit by an invasion of a particularly aggressive species of blue crab, nicknamed “Daesh” on account of its threat to fishermen’s livelihoods. Thus, many fishermen have sold their boats to smugglers’ networks, contributing in part to the surge in Tunisian departures.

Economic crisis, low salaries, few job opportunities, corruption and damage to traditional industries are thus the root causes of this renewed wave of migration from Tunisia to Italy.

How should Europe respond?

The EU should therefore focus its energies on supporting Tunisian socio-economic development. What is urgently needed is a clear political vision putting Tunisia at the centre of its Mediterranean agenda. One of the mistakes of recent years has been the EU’s tendencies to sing the praises of Tunisian democratization. True, it has achieved a good level of procedural democracy, but there are still many critical problems related to the economy and political instability.

While US policy in Tunisia is almost exclusively focused on security (the Trump administration plans to cut aid for Tunisia from over $177 million per year in 2017 to $54.5 million by 2018), Europe has the opportunity to choose a more holistic strategy. Investments should be made in micro-projects aimed at developing the most remote areas that still suffer from lack of access to basic services, in programmes aimed at reforming Tunisia’s bureaucracy and its security sector, and in incentives for the creation of new mechanisms of governance.

Creating a law on asylum is one of the most urgent measures that Tunis should undertake in order to better coordinate its efforts with European partners. But Europe should acknowledge that Tunisia is currently too fragile to serve as an effective migration partner at this stage.