German politicians struggle to endorse Emmanuel Macron’s proposal for a “European Intervention Initiative” not least because the term intervention sounds misleading in German.

In international politics, small things can be very important. A policy’s success often hangs not only – or even mainly – on its merits, but also on more mundane things. Timing is one; language is another. This fact helps explain why Germany is struggling to support French President Emmanuel Macron’s European Intervention Initiative (E2I) – despite Chancellor Angela Merkel’s recent, cautiously positive statements on the undertaking.

Berlin’s hesitation over the French-led E2I begins with the acronym itself. For many German defence experts, the abbreviation is already taken. Last week, I spent a full ten minutes debating the E2I with another German security analyst before realising that we were talking about different things. In Germany, “the E2I” refers to the German-led Enable and Enhance Initiative. Anchored in the EU’s Common Security and Defence Policy, the German E2I focuses on helping local actors solve local conflicts. The attempt to repurpose the acronym is particularly problematic because the Germans have significantly invested in, and are quite proud of, their E2I.

In contrast to Berlin, Paris has jealously guarded its E2I, wary of allowing Brussels to control the initiative. The exact nature of the French E2I remains unclear. In his high-profile September 2017 speech at the Sorbonne, Macron called for an initiative “aimed at developing a shared strategic culture”. He continued: “I thus propose to our partners that we host in our national armed forces – and I am opening this initiative in the French forces – service members from all European countries desiring to participate, as far upstream as possible, in our operational anticipation, intelligence, planning and support.” As Nick Witney notes, this can mean many things: “left of arc, an intervention force; right of arc, a sort of military Erasmus.”

In Germany, “Intervention” is a toxic term. It is a loanword that is not widely used, and it describes a very specific thing: a military intervention. This is bad news for the French E2I, as Germans do not like anything military. Even worse, in Germany, the term “Intervention” is inextricably linked to the 2003 US-led invasion of Iraq, which marked an extreme low point in German-US relations, split Europeans between “old” and “new” Europe, and – in the German mind, at least – led to the rise of the Islamic State group.

Thus, it should come as no surprise that German politicians struggle to endorse a “European Intervention Initiative”. For German voters, such a scheme sounds like a proposal that Europe engage in Iraq-style military interventions.

A clear explanation of the French E2I might help a bit – and, in any case, is necessary for the initiative to move forward – but the broader problem will not go away. Many German voters (as well as other Europeans) will only ever see the headlines about their country joining a European Intervention Initiative. Therefore, from a public relations perspective, the name is arguably the most important aspect of the project.

It is astonishing that the French missed this. It would have been no surprise to learn that, say, the US administration had such a tin ear on European concerns. But the Macron government had until recently been closely attentive to German sentiments – even fitting Macron’s major speeches around the German political calendar, to help gain Berlin’s backing for his proposed reforms.

A recent “intervention” by Defence Minister Florence Parly suggests that the French might have picked up on the naming problem. In her speech at ECFR’s Annual Council Meeting, she changed the acronym to “EI2” (although a ministry official later suggested she might have misspoken, as there appears to have been no official change), and acknowledged that the German “sensitivity around the intervention thing” was not completely solved yet. For now, the “intervention”/“Intervention” problem remains. Macron’s project may well fare better if it is renamed the “European Security Initiative” – at least until the next think-tanker comes along to point out the problems with that name. 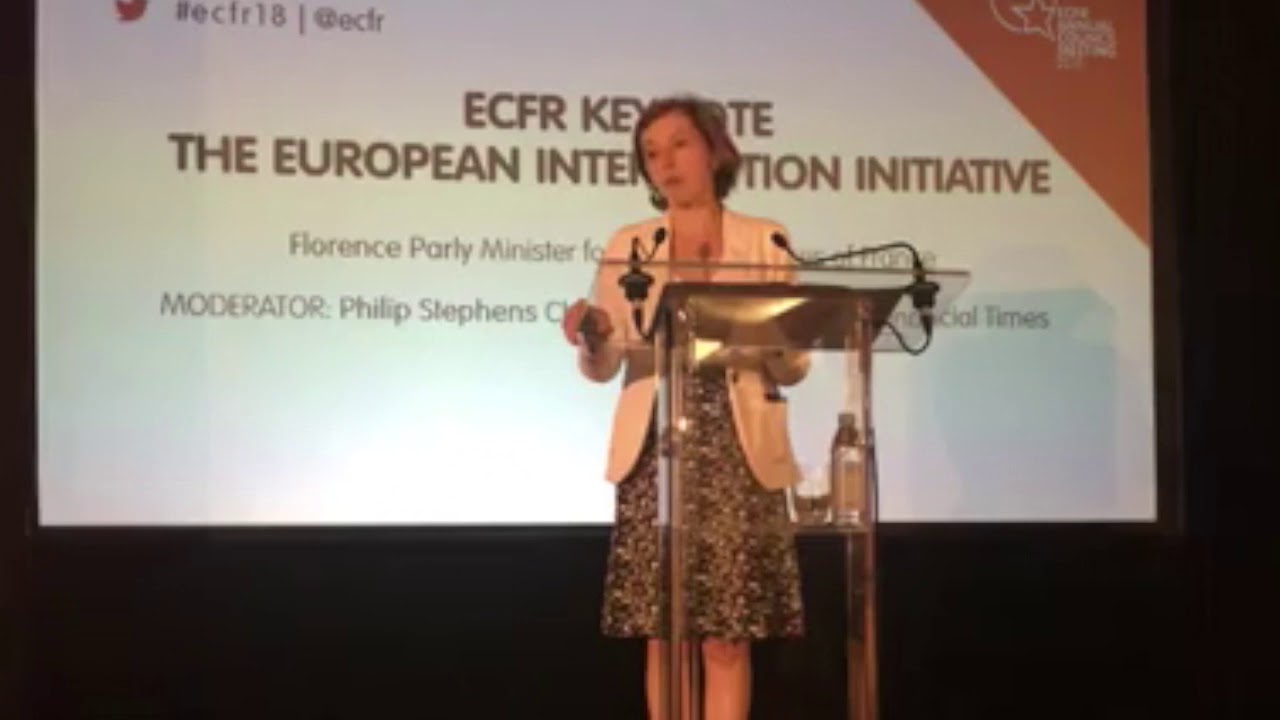