Michael Reuss, director of the German-Arab Partnership at the German foreign ministry

On 24 October, ECFR’s Madrid Office hosted Michael Reuss, director of the German-Arab Partnership at the German foreign ministry, for a working breakfast as part of Germany’s review of its foreign policy. The meeting was held to discuss Germany’s policy towards Northern Africa and the Arab world’s transformation processes, as well as options for European policy in the region.

In the post-Arab Awakening MENA region, “crisis has become the new normal”. Participants debated the EU’s proposed response to events in its Southern Neighbourhood, known as the 3Ms – market access, mobility, and money. This response has been criticised as little more than a rhetorical pledge, made meaningless by a lack of resources and of political will. Likewise, any real opportunity for the expansion of Deep and Comprehensive Free Trade Agreements has been handicapped by the protectionist attitudes of many member states. People in the region call on Europe to help with FDI and industrial development rather than focusing only on the 3Ms. But many actors are (understandably) reluctant to invest in the region given the lack of clear legal frameworks, the presence of crony capitalism, and so on.

Observers have described German foreign policy towards the North Africa region as being characterised by “friendly disinterest” or “benign neglect”. After the Arab Awakening, Germany recognised that it needed to revise this position and it has gradually assumed a more meaningful role in the region. Some people claim that German foreign policy in the region can now be characterised by “cautious engagement” and “strategic patience”. Increased support for civil society is an integral part of this policy shift and lip service is still paid to shoring up democratic values. But Germany and other EU member states cannot seem to shake off accusations of policy incoherence, mainly as a result of their ongoing arms sales to authoritarian regimes and their hard-nosed commercial diplomacy efforts in the Gulf.

Representatives of the Spanish Agency for International Development Cooperation (AECID) expressed particular interest in the Arab Partnership programmes of Spain’s European counterparts, the Germans, the British, and the Danish. The AECID launched a similar initiative in 2012 (the Masar Programme), which was aimed at supporting transition processes across the Arab world with a focus on civil society and institution building.

Participants cautioned fellow European policymakers that supporting local ownership of transition processes is all very well, but that the process itself and the shape it takes cannot be our only priority. Concerns were raised about Europe’s diminishing relevance in the region due to its internal crisis, the differing positions of member states, and its dwindling resources as compared to other regional actors.

Some participants complained about European foreign policy’s incoherence (for example, on Egypt), which is not limited to the Southern Neighbourhood. Others underlined the challenges for a democratisation and human rights discourse in the context of a revived security agenda. Participants also talked about the problem of carrying out economic reform and political reform at the same time, expressing different views on how to promote both without privileging one at the expense of the other. Lastly, experts from the region praised Germany’s role in Tunisia, where it has supported institution development and reform, describing it as a positive example that other European actors would do well to follow. 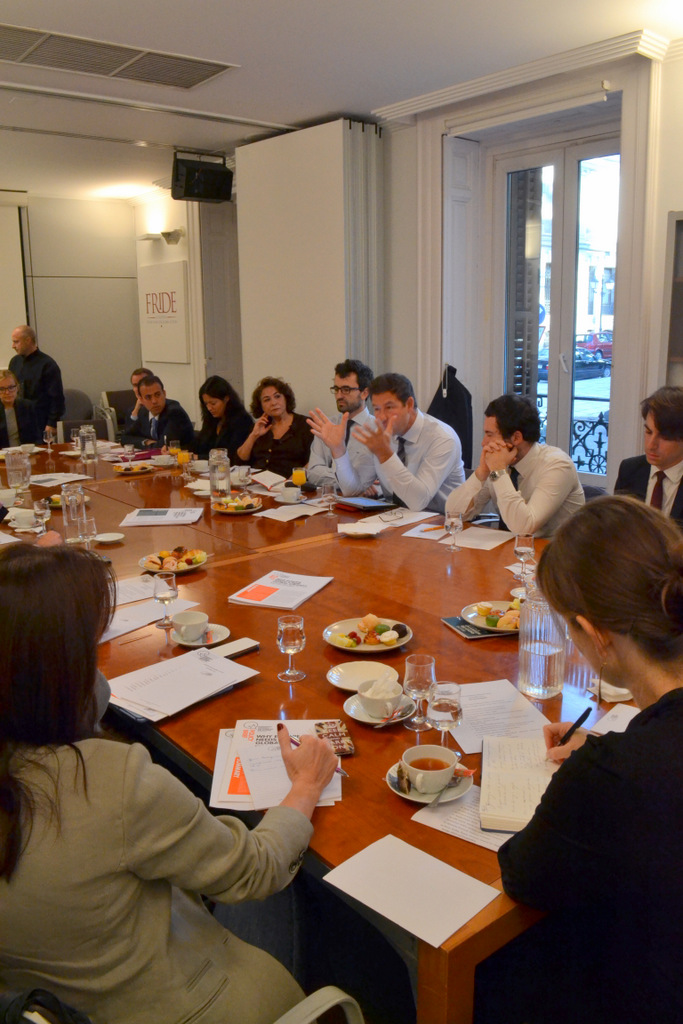