On 13 October, as part of the review of German foreign policy initiated by German Foreign Minister Frank-Walter Steinmeier, ECFR’s Warsaw Office gathered Polish experts and ambassadors to Poland to meet with Thomas Bagger, the head of policy planning at the German Federal Foreign Office.

At the meeting, Dr Bagger presented the German perspective on and action plan for a new German foreign policy. He said that the German government has already implemented three major stages of action:it has held consultations with European experts; it has conducted a survey of public opinion; and it has organised around 50 events, including lectures, debates, and workshops.

One big contradiction has emerged from all this activity. There is a huge gap between European policymakers’ expectations of German foreign policy and the expectations of German citizens. European experts depend on German leadership. They want Germany to take on more responsibility and a more active role in shaping a common European foreign policy, especially in politically difficult times like the present.

The German public, on the other hand, is satisfied with their government’s current approach and is not looking for any significant change. Germans appear to be living in a “security bubble”. The German government realises that some kind of “wake-up call” is necessary in order to make German society more aware of existing threats. Better communication with the public is needed. 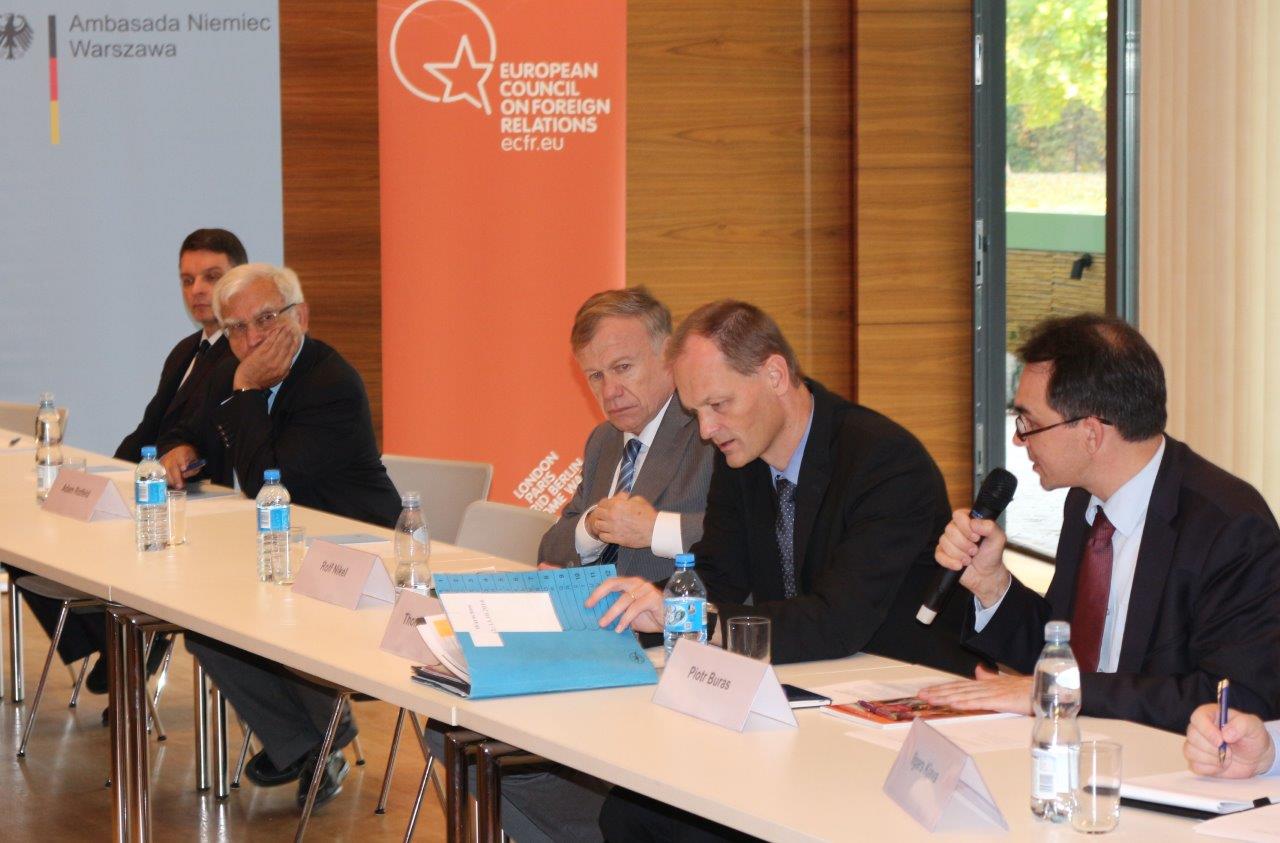 Asked about German leadership and responsibilities, Dr Bagger said that the term “responsibility” is wide and imprecise – each of Germany’s European partners would define it differently. However, Germans are concerned that in asking it to “take on more responsibility”, its partners could mean, for example, getting involved in military action in Ukraine. When asked about the role of military power in German policy, Dr Bagger said that there have been serious contradictions in the statements of the most important politicians: the president, the minister of defence, and the minister of foreign affairs. He agreed that German foreign policy must be made more explicit. This is a problem for Germany because it has no written documents or strategies outlining its foreign policy. He stressed that it was incorrect to perceive Germany as placing economic interests above politics, pointing to the Ukraine situation as a counter-example.

The Polish experts highlighted the lack of strategic vision in Europe’s common foreign policy. They said that European policy was probably too optimistic. Some of them noted the divisions within Germany, pointing out that this meant problems with expressing a coherent approach. Some of the participants were still not convinced that German policy had been reoriented to focus on political aspects rather than on the domestic economy. They also noted that different European countries perceive security in different ways.

The Polish guests expected Germany to take a leading role in Europe and thought its main foreign policy goals should relate to Europe and to its eastern neighbours. They also said that German relations with the United States were very important. In terms of security, Germany could become a bridge between the eastern and western parts of the European Union. The Baltic States, for example, depend on Germany and Poland to act as leading powers in Europe, especially in its eastern part. Germany could play an important role in helping the West to better understand eastern concerns.