The event is fully booked. 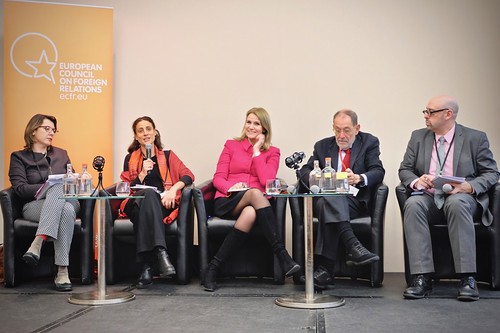 Concerns about the future of NATO and Europe's security have been rising since President Trump took office in January 2017. With constant threats from terrorism to cyber-attacks, a resurgent Russia and the prospect of Brexit, is it time for Europe, 60 years after the Rome treaty was signed, to profoundly rethink its security strategy and construct a new European security package?

The starting point for the discussion will be an upcoming  ECFR Flash Scorecard on the future of Europe which highlights attitudes towards the changing security situation in Europe – noting the rise of centrifugal, nationalist forces within Europe as well as questions over the future role of the US – while mapping out the potential for new ideas and coalitions in European foreign and security co-operation. Based on more than a hundred interviews with representatives from governments, ministries, and academia, and including public opinion in the 28 member states, it will explore whether it might be possible for Europeans to move forward towards flexible, deeper integration in security and defence.

This event will also mark in Brussels the tenth anniversary of ECFR, the first pan-European think tank.