Amidst the ongoing turmoil of civil war in Syria and Iraq, including the rise of the Islamic State and a new US-led military intervention which includes Riyadh’s partnership, as well as a thaw in relations between Iran and the West, Saudi Arabia is playing an increasingly prominent role as it seeks to navigate its regional interests. During this discussion Prince Turki will address key drivers and strategies guiding Saudi Arabia’s foreign policy including how the Kingdom maps various regional threats and relates to the prospect of any détente with Iran. To what extent are Riyadh’s relations with the West going through a period of change, how can the fierce sectarian fault-lines running across the region, both Sunni-Shia but also intra-Sunni, be dampened and how does Saudi energy policy fit into this mix?

Prince Turki bin Faisal al-Saud served as Director General of Saudi Arabia's intelligence agency, Al Mukhabarat Al A'amah, as well as ambassador to both the United States and the United Kingdom. He is now the Chairman of the King Faisal Center for Research and Islamic Studies based in Riyadh.

Daniel Levy is the Director of the Middle East and North Africa Programme at ECFR. 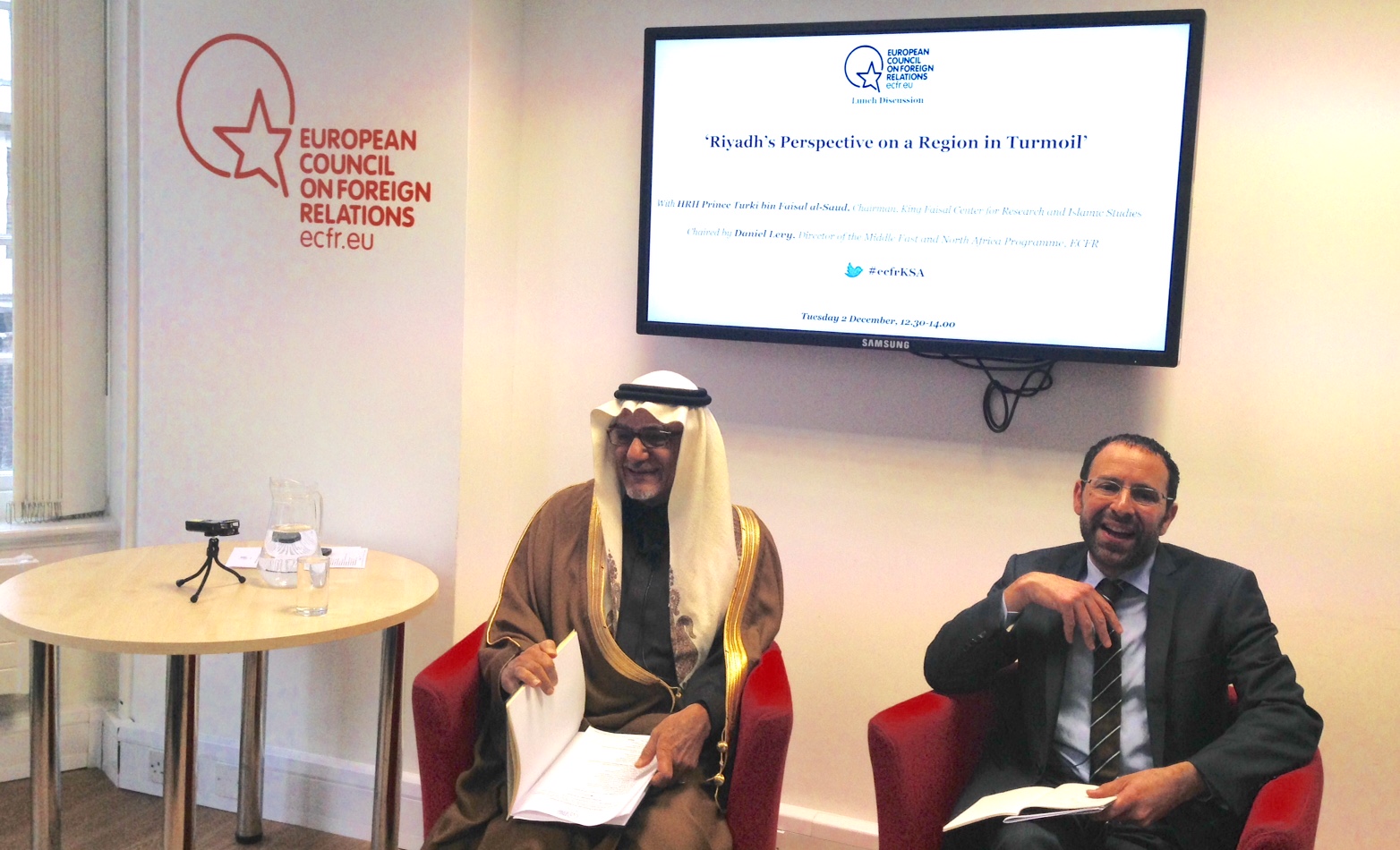