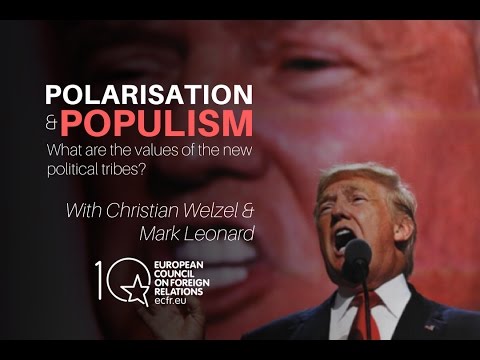 What do we know about the politics of today’s polarised societies? What are the differences around culture, values and attitudes in different countries – and how have they changed over time?  After the Brexit referendum and the US Presidential election, what do we know about changing attitudes towards values, institutions, immigration, and the environment? What are the new tribes of modern politics – and how can politicians reach them?

Professor Christian Welzel oversees the World Values Survey, a unique dataset built by thousands of interviews with citizens around the world. It represents the most advanced attempt to segment and understand public opinion according to values, allowing Professor Welzel to offer fresh insights into voter segmentation and populism. Drawing from data from Germany, Sweden, the US and other countries, he shows how overtime, advanced democracies have become polarised along two main axes.

Professor Christian Welzel is the leading European thinker on social change and democracy. In his role as Director of Research at the World Values Survey, he oversees a unique dataset including hundreds of thousands of data points on the values of citizens around the world. Together with Ronald Inglehart he developed the Inglehart–Welzel cultural map of the world. Christian Welzel is also Professor for Political Sciences at Leuphana University in Germany.

Mark Leonard (@markhleonard) is co-Founder and Director of ECFR. He is the host of ‘The World in 30 minutes’, a weekly series of foreign policy podcasts where he explores with guests the big issues in foreign policy.