Is the EU losing the Western Balkans? What local experts think

The energy-security nexus in south-east Europe 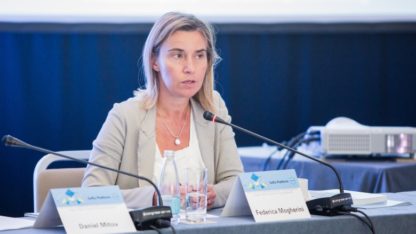 The situation in Ukraine has echoes of the end of the Bosnian War, as Kyiv faces the dilemma of whether or not to accept a quasi-independent Donbas in the east

Can Steinmeier and Hammond reset Bosnia?

Nick Witney, the co-author of the ECFR's publication, "Rebooting EU Foreign Policy", and Spiros Economides of the LSE, both explain why the European Union sorely needs to face reality and fundamentally rethink how it deals with the rest of the world