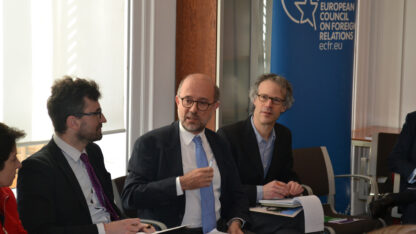 Five years on: A new European agenda for North Africa

Five years after the Arab uprisings in North Africa, the EU needs to avoid an “either-or” mentality on stability versus progress

What impact on the peace process, the region, and Israel’s international relations?”