The UN is right to track businesses in Israeli settlements

A disinformation campaign against a new UN database aims to legitimise the Israeli settler movement and those who illegally profit from it.

Although the Trump deal marks a radical break from past American support for a two-state solution, it aligns with ideas put forward by supporters of Israel’s settler movement

What a Corbyn government could mean for the Middle East

Dramatic shifts are on the horizon for British policy on Israel-Palestine and Saudi Arabia, should Corbyn win power this week

EU Differentiation and the Push for Israeli-Palestinian Peace: What Can Italy Do?

Hugh Lovatt will present the findings of ECFR’s new Differentiation Tracker which analyses over 260 bilateral agreements with Israel signed by the EU, the EU’s 28 member states, and Norway 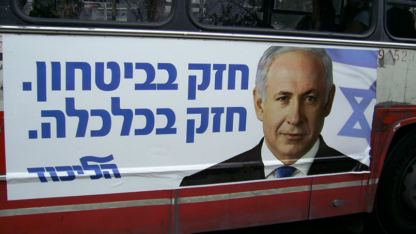 Supporting Israeli-Palestinian Civil Society: What is the Future of International Funding?