Port in a Decisive Storm: The battle for Hudayda

As the Saudi-led coalition in Yemen fights to take control of Hudayda, the city's future remains clouded 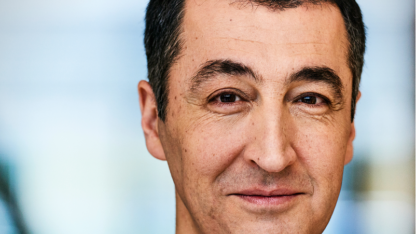 What do counter-terror wars aim to achieve? Are the UK and other European countries setting dangerous legal precedents in their use of force, and what is the likely impact on EU counter-terrorism of any shift in US policy under President Trump?

Turkey’s failed coup changes nothing and yet everything

This week’s World Humanitarian Summit was an opportunity to discuss how to assist the suffering, yet the entire process showed much of the humanitarian sector at its most fragmented and self-indulgent

After North Korea recently launched a nuclear weapons test, the veto-holding powers in the UN agreed upon stronger sanctions in a new resolution. What does this initiative from North Korea mean – especially for the current relations between the USA and China. Furthermore, the EU demanded from China to uphold universal human rights in its conflicts with its neighbouring countries in the Southasian sea, though it is highly questionable if Beijing is going to consider this suggestion. Are sanctions even a useful instrument for trying to establish strategic instruments in Eastasia? Can China be included in this strategy?

View from Berlin: The morning after the night before

The Chancellor remains committed to the deal, despite the headline-grabbing electoral performance of anti-immigration rivals 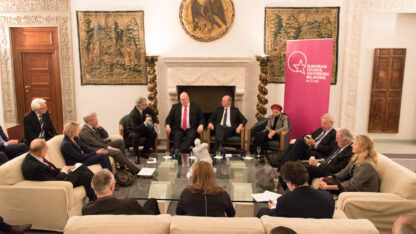 Special ECFR dinner on March 7th focussed on European approaches to the refugee crisis with a kick-off statement by the head of the Federal Chancellery Peter Altmaier.

The fragile state of Libya has been a hub for migration and smuggling for a long time. Mattia Toaldo presented the results of his Policy Brief “Libya's migrant-smuggling highway”, while Angeliki Dimitriadi, ECFR Research Fellow on migration, reported from her personal experiences and field research in the region. This led to an intense discussion about legal migration.