The Hungarian government now has a great deal of flexibility to rule as it sees fit, provided that it portrays its actions as being in the interests of crisis management

The EU, China, and human rights in Xinjiang: Time for a new approach

The EU and its member states have the chance to ramp up the defence of Uighurs at the 9 April EU-China summit in Brussels. They should seize it 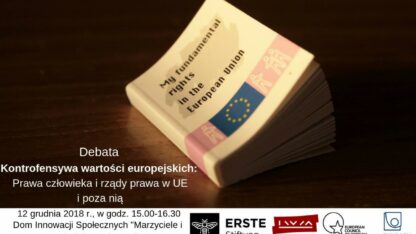 “World in Focus” is an event specially designed to encompass meetings, dialogues and panel sessions which will tackle questions about Poland, Europe and the world.

The tragedy of Libya in well known in outline but poorly known in detail – to many in Europe, that is. But Europe has a role in the country’s stabilisation.

Matteo Salvini has launched the “League of Leagues” – an alliance of nationalist parties across the continent. And he brings friends.

Poland, Hungary, and the slipping façade of democracy

The EU has thus far been unable to prevent democratic backsliding – what will it do in Hungary and Poland?

Battle for Hudayda: A defining moment for the future of Yemen?

Discussion on the trajectory and consequences of the ongoing offensive in Hudayda, its potential effects on the humanitarian crisis, the challenges of stabilization, and its place within ongoing UN-led peace effort

What lies beneath: How climate change could aggravate problems that reach Europe’s shores