The EU’s decisive moment in Poland

The struggle for the rule of law in Poland has reached a critical stage – what will the EU do about it?

What do counter-terror wars aim to achieve? Are the UK and other European countries setting dangerous legal precedents in their use of force, and what is the likely impact on EU counter-terrorism of any shift in US policy under President Trump?

Let policy not simply be driven by individual judges and magistrates, a case here and a country there – let it be something debated at a national and European Union level and adopted on a broader basis

After North Korea recently launched a nuclear weapons test, the veto-holding powers in the UN agreed upon stronger sanctions in a new resolution. What does this initiative from North Korea mean – especially for the current relations between the USA and China. Furthermore, the EU demanded from China to uphold universal human rights in its conflicts with its neighbouring countries in the Southasian sea, though it is highly questionable if Beijing is going to consider this suggestion. Are sanctions even a useful instrument for trying to establish strategic instruments in Eastasia? Can China be included in this strategy? 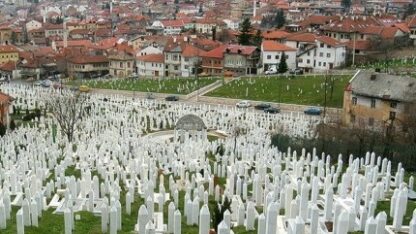 The Yugoslavia War Crimes Tribunal: A Model for Justice or an Anomaly?

Has the ICYT been effective in delivering justice?

Prominent Europeans call for immediate action in the Mediterranean

Migration is a complex problem that needs a comprehensive and long-term approach, but the first priority for European leaders must be to stop the…

In the face of the deaths of thousands of migrants, the response of EU states has been chaotic and disjointed at best.