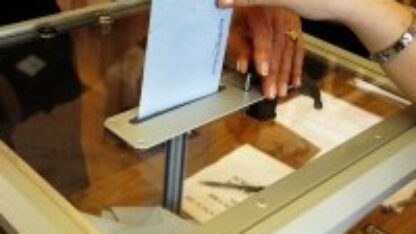 Borissov will probably have to make some symbolic shifts on foreign policy, but he is likely to do his best to be constructive within the EU

No country for old moderates

The Dutch election has been interpreted as a victory for moderates over populists. But there are worrying signs hidden in the results.

While Geert Wilders enjoys presenting himself as the next prime minister, in reality he is playing a longer game.

A potted history of EU referendums

So far, this French electoral cycle is something in between a roller coaster and a demolition game. The French political system is accustomed to crushing incumbents, but this time the destruction has been more inclusive.

Schulz, Merkel, and Gabriel: The ebb and flow of electoral politics

For both Merkel and Schulz, the upcoming campaign will be a litmus test of their European outlook

Germany: Politics in times of terror