What is the point of the EU-Russia summit that begins on June 9th? Of course Russia represents a huge market for EU goods, and it is also a source of much oil and gas. It is also a big and important country, which has had good and improving relations with the EU of late. But it is not obvious that Russia is taking the EU seriously, or that the EU has used the ‘strategic partnership’ with Moscow to make any ‘strategic’ progress on issues the EU cares about. Although the relations are at their best for many years, EU member-states seem resigned to Russia remaining messy, undemocratic and uncooperative for the foreseeable future. But adopting a wait-and-see attitude, the EU risks neglecting a number of challenges it faces in its neighbourhood and in its relationship with Russia itself.

The EU's official policy remains to remould Russia in the European image, working within four discreet 'spaces' (economy, security & justice, research, education & culture and external security). At the same time, there is now a pan-EU consensus that the state of democracy in Russia is unlikely to improve in the foreseeable future and that corruption is too entrenched to fight. When meeting the Kremlin officials, the EU diplomats continue to mention human rights and the democratic deficit, but they do so quietly and without much conviction. Most EU member-states have adopted an agnostic attitude to Russia's topsy-turvy domestic politics, and their focus in Russia is to win orders for business back home, often at the expense of other Europeans. As one European diplomat put it, ‘the EU is now dealing with Russia as it does with China’.

Ironically, this ‘agnostic consensus’ is emerging at the time when most EU members report an improvement in atmospherics in their bilateral ties with Russia. Poland and Lithuania are working hard to get rid of the ‘new cold warriors’ label and put their relations with Moscow on a more positive footing. At the EU level, the Europeans seem less divided than before: negotiations of a new framework agreement with Russia are on hold not because of numerous vetoes by individual member states (as it was in the past), but because the EU is waiting for Russia to join the World Trade Organisation.

This good atmospherics between Moscow and the member states, however, mask the continued lack of unity within the EU. While a few years ago there was an appetite to bridge the divisions between different EU member-states and speak to Russia with one voice, today most Europeans seem content with extreme bilateralism in their ties with Moscow, and no longer cherish the ambition to forge a coherent, pan-EU approach. But this attitude is doing little to advance the EU's strategic objectives in the region: to help create a ring of democratic, secure and prosperous states in its neighbourhood, including in Russia. The EU is struggling to make progress on a long list of issues, be they connected to trade, security or democracy.

A free trade agreement with Russia remains a distant prospect, while the country’s investment climate remains notoriously corrupt and marred by red tape. In the area of security, the EU remains one of the main targets for refugees from Russia, who form the second biggest group of asylum-seekers in the EU, larger than those from Somalia, Iraq or Kosovo, with numbers rising. And while most EU diplomats agree that the prospect of a visa-free regime with Russia is one of the few issues where Moscow is the sole demander, the EU lacks the appetite to use it to push Russia to bolster its porous border management and encourage sweeping reforms in law enforcement in the same way as in the western Balkans, or Ukraine and Moldova.

Europe is also struggling to nudge its neighbour towards anything more than pro-forma cooperation on resolution of the protracted conflicts in Eastern Europe and South Caucasus. These continue to pose security risks for the EU, scar the everyday lives of the population in the disputed areas, and hinder the region’s economic and social development. And although the EU and Russia are now ‘partners for modernisation’, Moscow vocally opposes the deal between Ukraine and the EU on deep and comprehensive free trade, despite the fact that such an agreement would be a huge boost to the modernisation of Ukraine’s economy. By recognising the results of the rigged presidential elections in Belarus in December last year, Moscow continues to frustrate the EU’s efforts to strengthen democracy in the neighbourhood.

As long as Russian leadership remains defensive about its chosen political model and suspicious of Western motives, the EU's ability to change the thinking in Moscow will be limited. But there are things the EU can do to strengthen its hand: the current goodwill between Russia and the member states presents an opportunity for the EU to move its relations with Moscow beyond the lowest common denominator.

The EU needs to use the current good weather with Russia to advance its interests and press harder on issues it cares about. One of the few things the Russian leadership came to grips with in the aftermath of the economic crisis was the understanding that the country’s economy is profoundly dependent on the EU. And while the Russian leadership may be trying to charm China for geopolitical reasons, the Russian society is firmly looking westwards. Using the robust economic base of its relations with Russia to expand the political and security fibre of this bond would be a smart strategy for the EU. Improving coordination is the first step. At present the embassies compete against one another to secure more trade with Russia; they do little to address political issues jointly, either ignoring them or leaving them to the EU delegation in Moscow (which, without clear support from member states, cannot be effective). Of course, the Kremlin will respond with vitriol – but the widespread assumption that this would ruin the EU's business relationship with Russia does not hold up. The case in the point is trade between the US and Russia, which is growing as the US Congress debates possible visa sanctions on officials involved in the death of the lawyer Sergei Magnitsky.

There are some positive signs already: in 2010, Berlin tried to leverage its robust relations with Russia to advance the settlement of the conflict in Transnistria. While that initiative is yet to bear the fruit, member states would err to dismiss it. What the initiative needs is more unity and support behind Germany’s steps, not the scepticism it was met with from most EU capitals. The EU should adopt a similar approach in Georgia and at minimum, push Moscow to adhere to the ceasefire agreement it signed in 2008. While it will take longer for the member states to coin a coherent and strategic vision for the EU’s overall relations with Russia, remaining silent on issues that matter to the EU’s own security is not the way forward either.

Going beyond business as usual with Russia will be more difficult at a time when the EU is becoming increasingly introverted, and shaken by the eurozone crisis, ongoing unrest in the southern neighbourhood and debates about the usefulness of the Schengen zone. But failure to act will gradually diminish the EU’s influence not only in Russia, but also in its neighbourhood, reducing the EU to a business partner for semi-authoritarian regimes. No matter how navel-gazing the EU currently is, few would find such prospect attractive. 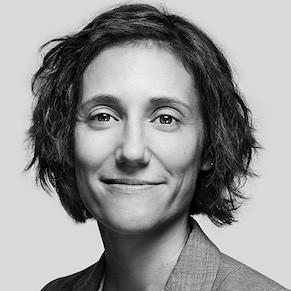