In his book The Churchill Factor, British foreign secretary Boris Johnson sets out Churchill’s role at the beginning of WW2 as the lone defender of European civilization against Hitler. Today, perhaps ironically for Mr. Johnson, it is Germany that is Europe’s last defence against nationalism. And the Brexit vote was the event that not only elevated the former mayor of London to a bigger job, but that highlighted the extent of the threat facing Europe.

In a recent survey by ECFR of the political parties in all 28 EU member states on their perceptions of the EU’s current affairs, the consequences of Brexit figure high on their list of concerns. The states can be divided into three groups depending on their primary concern: those that fear the weakening of Europe’s security, others that fret about the fragmentation or even failure of the EU itself (as in the case of Hungary), and a third group that worries about future relations with the US without Britain as a bridge. 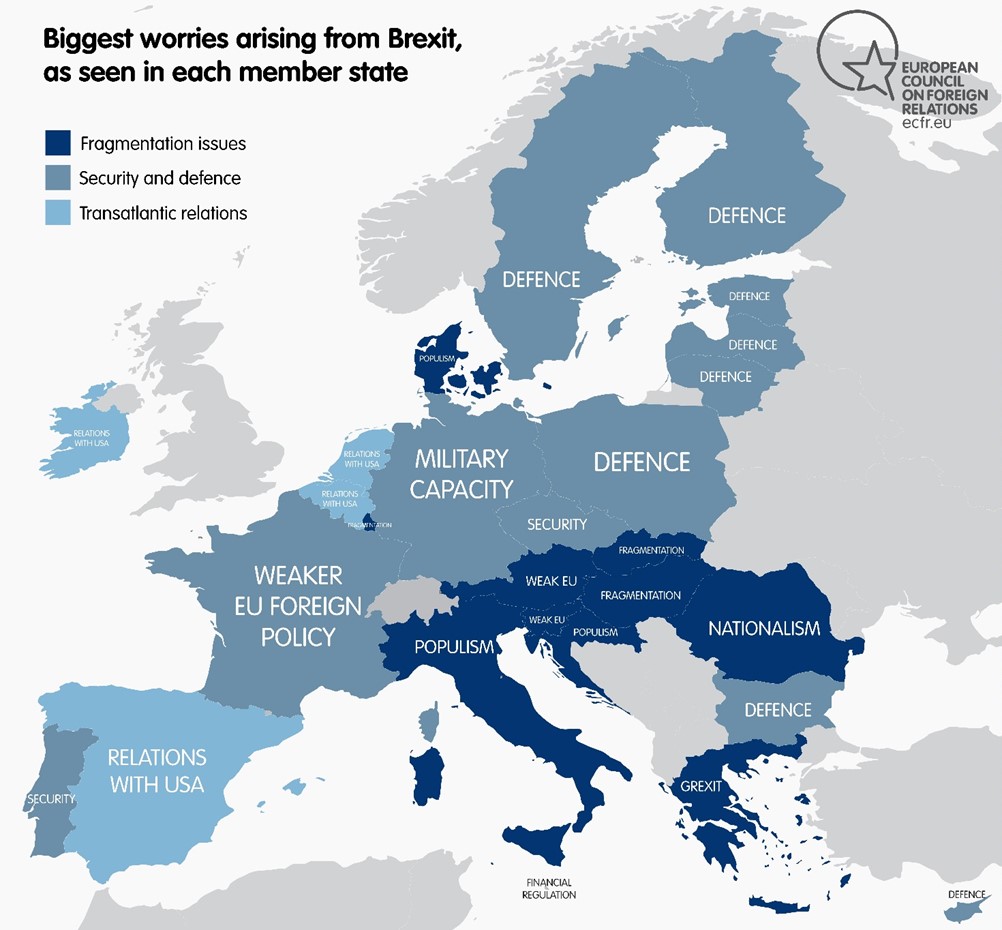 In dealing with all three sets of concerns, Germany’s role is and will remain crucial.  In particular, Berlin will have to manage these fears with regards to three specific issues in the coming year:

As the above makes clear, some out-of-the box thinking will be required, and Germany’s imagination will be put to the test. Defending the existing Europe is a task that Germany has been mastering well, but helping Europe move to the next stage will prove more difficult.