Last week, the United States and Oman signed an agreement that allows the US Navy to call at the strategically important Omani ports of Duqm and Salalah. The deal will provide the US with greater flexibility to conduct maritime operations should there be an escalation in its confrontation with Iran. But the agreement also reflects the intensifying global rivalry between the US and China. Beijing’s growing influence is complicating alliances and rivalries across the Gulf, threatening to break Washington’s long-standing dominance in the region. The US move into Oman is partly driven by a desire to monitor China’s activities in the region and to limit Chinese commercial and logistical expansion.

It is unclear whether Oman can remain neutral indefinitely, given the competing demands on it from regional and global powers.

Given that competition between major powers in the Middle East can have major implications for their security, European countries should work to maintain Oman’s valuable role as a neutral mediator. The United Kingdom is particularly well placed to do so, as the only European state with a significant presence in the sultanate – having recently signed a joint defence agreement with it that led to the establishment of a joint logistics support base in Duqm. Indeed, rather than using its historical ties with Oman to merely protect its national interests, the UK should coordinate with its European allies to maintain Muscat’s neutrality. The sultanate is skilfully navigating between the interests of various parties, but it risks losing its neutrality as it is drawn further into the winds of regional and global rivalry.

Anticipating the risks of escalation

A few days after signing their new agreement, the US and Oman conducted joint military exercises in line with what Washington calls “the commitment of both countries to promoting mutual security goals”. Nonetheless, in the short term, the US likely focuses on such activities as part of its effort to squeeze concessions out of Tehran. Less than a year after the US withdrawal from the Iran nuclear deal, Tehran continues to develop ballistic missiles and repeatedly threaten to block the Strait of Hormuz, a waterway through which one-third of global seaborne oil exports flow.

To address this threat, the US is expanding its access to anchorage in the region. Although their infrastructure is still under development, various Omani ports are located near Iran, Yemen, and the Horn of Africa – three important security flashpoints for the US and its regional allies, not least Israel and Saudi Arabia. Moreover, Duqm and Salalah are located mid-way between two key chokepoints either side of the Arabian Peninsula, in the Strait of Hormuz and Bab el-Mandeb. In the event of a new regional crisis, the ports would provide the US with direct access to the peninsula via the Indian Ocean without the need to go through either strait. The new agreement will allow Washington to exert further pressure on Tehran, including in the event of escalation between the sides.

Countering the growing influence of China

In the long term, the US likely sees access to Omani ports as falling within a global race for control of strategically important infrastructure. Due to their position, Duqm and Salalah have attracted the attention of several international powers in recent years. Like the US and the UK, India also recently obtained the right for its navy to use Omani ports. And the sultanate has promoted the port’s commercial advantages to attract investments from countries such as Kuwait, South Korea, and even Iran.

Yet China stands out with its ambitious $10.7 billion project to develop Duqm’s port and industrial zone. Due to its economic problems, Oman relies heavily on such foreign investment to develop its non-oil industries under a diversification plan entitled “Oman 2040”. Muscat perceives China’s globe-spanning Belt and Road Initiative as a real opportunity to achieve this goal.

Nonetheless, large-scale investment of this type generates a great deal of concern among Beijing’s rivals, especially Washington. During the past decade, China – the world’s largest importer of oil – has become a discrete but ever more influential player in the Middle East, heavily investing in ports in the region through the Belt and Road Initiative. This investment increasingly has acquired political and security dimensions. For instance, China opened in 2017 its first overseas military base, in Djibouti. And there are rumours that Beijing will seek to use the Pakistani port of Gwadar for military purposes. Investment not only provides China with access to strategically important locations but, in some cases, can tie a host government into a relationship of economic dependence.

The US seems unwilling to tolerate this situation. Testifying before the US House Armed Services Committee in February 2018, General Joseph Votel, commander of Central Command, expressed concern about China’s strategy of progressively strengthening its global military posture through access to infrastructure between Gwadar and Djibouti – points between which Duqm and Salalah fall. The following month, General Thomas Waldhauser, commander of Africa Command, said in a congressional hearing there could be significant consequences for the US military if China increased its influence in Djibouti. In this light, the US-Oman agreement seems to reflect Washington’s desire to rebuff Beijing as much as Tehran.

For Oman, the agreement is a diplomatic victory. Rallying US support is crucial to balancing external pressure and avoiding dependency on any one power. Aware of its vulnerability and eager to protect its neutrality, the sultanate has in recent years sought to balance its alliances with rival powers, including Iran and Saudi Arabia, China and India, and China and the US. However, prior to the deal, the Trump administration had shunned relations with Muscat, perceiving it to be too close to Tehran. In parallel, the sultanate was under increasing pressure from Saudi Arabia and the United Arab Emirates due to its relationships with Iran and Qatar. This prompted Sultan Qaboos bin Said al-Said to host Israeli Prime Minister Binyamin Netanyahu in October 2018, with the aim of securing US support. Judging by the new agreement between Muscat and Washington, the sultanate’s strategy was effective.

It is testament to the success of Oman’s approach that the US has not yet forced the sultanate to choose between Washington and Tehran. But it is unclear whether Oman can remain neutral indefinitely, given the competing demands on it from regional and global powers. In this context, growing US support will help empower Oman in relation to China but could complicate its diplomatic relationship with Iran.

This is where European countries can play a useful role. They may not be key players in the Middle East but they can still provide Oman with the kind of unequivocal political support crucial to maintaining its neutrality. Should they fail to do so, the Middle East could lose one of its most effective mediators to a maelstrom of crisis and competition. 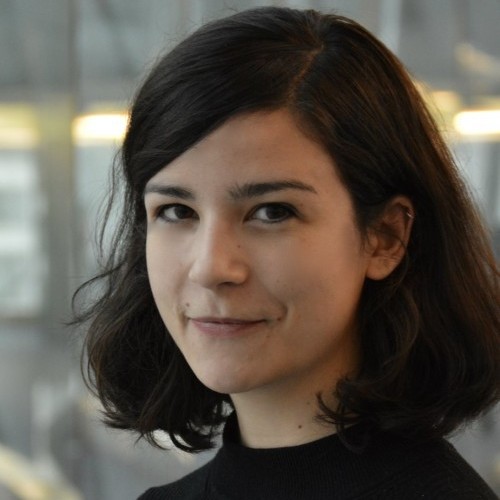