Theresa May's landmark speech left some in Britain feeling thrilled, others feeling that she had given too much away. But a brief survey of my colleagues in five European capitals reveals rather different sentiments in the rest of Europe.

Mainland Europeans welcomed Theresa May’s acknowledgement of the indivisibility of the EU’s ‘four freedoms’ (people, capital, goods, and services) and her acceptance that Britain could not, therefore, seek membership of the single market while restricting immigration. But that admission was quickly followed by her desire to “seek the greatest possible access to [the single market] through a new, comprehensive, bold and ambitious free-trade agreement”, and a suggestion that this could include “single market arrangements” for the automotive and financial sectors.

On the continent, this is seen as just another version of the Boris Johnson ‘have your cake and eat it’ doctrine; evidence that Britain continues to delude itself about what is possible after Brexit.

Similar delusion was observed in May’s intent to reject aspects of the customs union (which would prevent Britain striking trade deals with other countries) but to still enjoy its primary benefit (tariff-free trade with the bloc). And in her expectation that all of this can be worked out within the two years earmarked for exit negotiations under Article 50.

May wants to negotiate Britain’s new relationship with Europe at the same time as the exit negotiations, so as to have something positive to show for her efforts in the run-up to UK elections in 2020. But Michel Barnier, the EU’s chief negotiator, tweeted after May’s speech that “agreement on orderly exit is [a] prerequisite for future partnership”. Expecting the other 27 to rush this process in order to fit Britain’s election timetables is seen as wildly optimistic.

But it was the tone rather than the content of May’s speech that raised the greatest eyebrows across the Channel. Amicable remarks about wanting to remain a good friend and neighbour to Europe were augmented with threats that “a punitive deal that punishes Britain and discourages other countries from taking the same path… would be an act of calamitous self-harm for the countries of Europe.”

It is certainly true that, as Theresa May stated, “important sectors of the EU economy would suffer” from trade barriers between the UK and EU. The German car industry is her favourite example in this regard. But her view – shared by many in the UK – that EU leaders would therefore give Britain a good deal because ‘it’s in their interests’ is fundamentally misguided.

For starters, ‘their interests’ include political as well as economic interests. And preventing the unravelling of the bloc is a much greater concern than a decline in UK car sales. Secondly, big business has much less influence on government in Germany than in the UK. And thirdly, even the leaders of the automotive sector favour putting politics first. Matthias Wissmann, president of the German Association of the Automotive Industry, has on several occasions stated that Germany’s priority must be to keep the EU27 together.

But there was another prong to May’s latest warning that the EU should give Britain a good deal ‘or else’. The ‘else’ in this case was that, outside the single market, Britain could slash corporate tax rates and regulation in order to lure investment away from the EU. In the European imagination, good neighbours don't threaten to poach business from each other.

Against neighbours like May's Britain, the EU has defensive economic instruments that can deal with ‘tax dumping’. But more importantly, the low corporation tax model has long been debunked. And it would fit particularly poorly with the UK’s economy, which suffers from a considerable trade deficit and a big budget deficit. As such, according to Norbert Röttgen, a senior MP in Angela Merkel’s CDU party, “threats with duties and tax cuts would primarily damage the U.K. and should be regarded as an expression of British cluelessness.” Indeed, since the Prime Minister’s speech, HSBC has announced that it plans to move 1,000 jobs from London to Paris – tax cuts or no tax cuts.

It is for all these reasons – for the lack of realism displayed by this supposedly pragmatic PM; for the fogginess of this clarifying speech; and for the presentation of self-mutilation as a threat – that many in Europe are inclined to agree with the sentiment of Jeremy Corbyn’s ‘Irony Lady’ quip. An act of calamitous self-harm? From the European mainland, that sounds an awful lot like Brexit itself.

This commentary was written based on conversations with ECFR national office heads in Berlin, Paris, Warsaw, Sofia and Madrid. 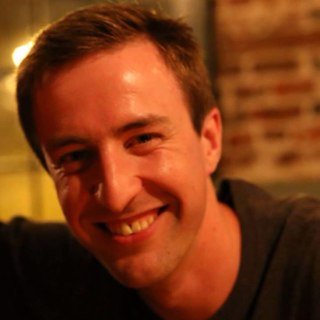