It has not been a quiet summer for Egypt. Since the end of Ramadan in the final days of July, President Abdel Fattah el-Sisi has been forced to assume a more pro-active foreign policy role by the Gaza conflict on Egypt’s northern border and the threat of spillover from violence in neighbouring Libya.

Egypt seems to be reasserting itself on the regional scene, following a marked absence since Hosni Mubarak’s ouster in 2011. Last week it brokered a truce between Hamas and Israel, which seems to be holding, after several previous ceasefires failed. Even so, Egypt is facing criticism for deporting Syrian and Palestinian refugees back to conflict zones.

Egypt played a key role in securing the reunification of Lebanon’s Higher Islamic Council and the election of a new Grand Mufti.

Earlier in August Egypt played a key role, along with Saudi Arabia, in securing the reunification of Lebanon’s Higher Islamic Council and the election of a new Grand Mufti, the highest Sunni religious authority in Lebanon. Critics say that Egypt’s involvement was merely part of a broader attempt to remove any vestiges of power from the Muslim Brotherhood both at national and regional level. But according to one government official, Egypt is now trying to broker a deal to fill Lebanon’s presidential vacuum.

In the south, Egypt has entered negotiations with Ethiopia and Sudan to examine the specifics of the Grand Renaissance Dam construction project. Egypt claims that the dam would reduce its share of water supply from the Nile, which would have a negative impact on its farmers and other industry sectors. But the new negotiations demonstrate a willingness to engage on technocratic details with Ethiopia.

To the west, in Libya, Egypt’s Foreign Minister Sameh Shoukry and his Libyan counterpart, Mohamed Abdelaziz, have announced an initiative aimed at disarming the warring militias and bringing opposing groups to the dialogue table. If this is to bear fruit, Egypt may have to consider how it should handle accusations that its military is already present in Libya.

Although Egypt may be making a comeback on the regional stage, its domestic policy seems to be facing more setbacks.

Although Egypt may be making a comeback on the regional stage, its domestic policy seems to be facing more setbacks. A summer of frequent power cuts and blackouts demonstrates the size of the government’s challenge in dealing with Egypt’s perennial energy problems. Attempts to blame Morsi supporters for sabotaging the national grid sound like playground jibes aimed at ducking the seriousness of Egypt’s energy-intensive industry problem.

Egypt has, however, taken steps towards finalising a deal that could result in the sale of $60 billion in Israeli natural gas to Egyptian liquefaction plants. Israel’s two offshore fields have more than enough gas to supply Israel for decades and the country is seeking a way to export the excess. This politically sensitive agreement, which was previously disavowed by the Egyptian authorities, happens to be an ironic reversal of the roles the two countries played when Egypt piped gas to Israel under a financial appendix to the 1973 peace agreement.

Sisi’s recent announcement that the Suez Canal is to be expanded represents another example of Egypt trying to ameliorate its economic problems by generating additional cash. It also evidences the president’s tendency to fall back on state-led, army-operated initiatives. Estimated at a cost of $4 billion, the extra lane that is to be added to the one-way canal is provisionally set for completion by the end of next year. Most economic analysts stress Egypt’s need to encourage FDI, but this high-profile project will reportedly not be open to foreign funding. Instead, Sisi hopes to raise the funds by selling bonds to Egyptian banks and individuals, including to citizens overseas.

This fundraising effort comes on the back of Sisi’s “Long Live Egypt Fund”, to which businessmen, government ministers, and expats have all been encouraged to contribute. Sisi used his August speech at the inauguration of the Suez Canal Development Project to drive this point home. He said: “Egypt has been very generous with its well-off citizens. You will have to pay no matter what, for your homeland has offered you a lot.” This warning is merely the latest in a series of tensions between the president and the business sector.

In the name of economic development, human rights have once again been placed on hold.

In the name of economic development, human rights have once again been placed on hold. Space for civil society and for dissent in general is being closed down, both in real and in legal terms. The restrictive NGO law, which would allow the government to shutter organisations and freeze assets without appeal, is nearing completion. Mass trials and sentences continue, unchecked by a blatantly politicised judiciary. Human Rights Watch released a damning report in August, claiming that the attacks against Muslim Brotherhood supporters in Raba’a in August last year were premeditated. The report said that “the killings not only constituted serious violations of international human rights law, but likely amounted to crimes against humanity, given both their widespread and systematic nature and the evidence suggesting the killings were part of a policy to attack unarmed persons on political grounds.”

With its foreign policy initiatives expanding even as tensions remain at home, Egypt must work hard not to view domestic policy concerns through the same security lens that it uses in foreign policy matters. 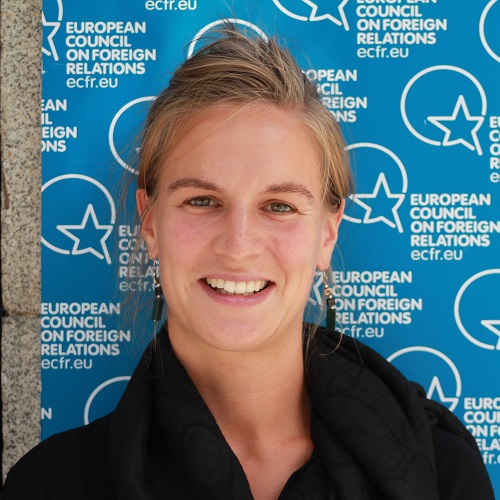