This is a modified, edited transcript of a telephone briefing on 30 January 2013.

Egypt appears increasingly to be spinning out of control. The current crisis is a prolongation of the crisis that emerged late last year over the November 22nd Decree by President Morsi suspending some judicial decisions and giving himself additional powers, followed by the rush to approve a new constitution that has been widely rejected by the secular opposition. That crisis appeared to end in late December after the constitutional referendum, but that was a lull. Virtually every opposition group had announced that the commemoration of the 2011 uprising on 25 January would be an occasion for protests against President Morsi and the Muslim Brotherhood. But what we are seeing now is more complicated than just anti-Brotherhood protests.

Port Said, the canal cities and some of the Nile Delta cities are witnessing violence beyond the more clearly organised political protests we see in Cairo. Of last week’s death toll, at least 45 of the 54 deaths have taken place so far in Port Said. These are a product of local grievances, specifically the 26 January court verdict sentencing local football supporters to death for their role in last year’s Port Said stadium disaster in which 74 people died. At least 30 of those killed in Port Said died attacking the prison and were supporters and relatives of those convicted. A feeling prevails in Port Said that the city is paying the price of the governments’ desire to appease the victims of the stadium disaster (who were rival supporters of a Cairo football team), who had threatened violence if the verdict didn’t satisfy them. In Alexandria too, events are being driven by local grievances and exasperation at two years of neglect of these provincial towns by the central government.

Now these local grievances have escalated and taken on an anti-Brotherhood, anti-Morsi and, to some extent, an anti-state character. The situation in the canal cities, especially where President Morsi has declared a state of emergency for 30 days, has a local dynamic, quite different than what is happening in Cairo. There are protest dynamics with various groups, from football fans to a new anarchist group called ‘the Black Bloc,’ revolutionary groups like April 6th, and supporters of various opposition political parties, and there is a largely Cairo-centric political process at the national level between the Presidency and its supporters involving the MB and political actors whether Islamists, Salafists or secular parties.

The protests are driven in part because of the political vacuum – there has not been any major announcement, decision or gathering of political forces for the sake of the country’s stability. If the police use excessive brutality, then it encourages protesters to come back and use even more violence themselves. Port Said is a state of anarchy. There are forensic reports that live ammunition has been used, with videos of unknown snipers shooting at protesters surfacing on the Internet. It is very hard to tell and every time that someone is killed, it renews the outrage and indignation. The call for a state of emergency and the curfew on the canal cities, for instance, created new protests at night specifically to defy the curfew.

The Muslim Brotherhood prepared for the anniversary of the 25 January uprising by putting forward a message that “We are not going to take part in any commemoration; we are going to focus on charity work.” They have been organising food handouts and setting up temporary clinics to treat patients across the country. They are trying to send a message that they want to be constructive and that the opposition, by resorting to the street repeatedly, is being destructive and rejecting the consequences of the constitutional referendum. As the crisis developed, they have hammered in that message, sometimes accusing the opposition of direct responsibility for violence – although there is no clear evidence of that whatsoever. Political leaders like Mohamed El-Baradei or Hamdeen Sabahi and their political parties have little control over what happens in the street. But in rejecting President Morsi’s offer of a new national dialogue they are portrayed as irresponsible and unpatriotic.

The Salafists have taken a position generally supportive of the government while maintaining a distance and position that enables them to say that, like the Muslim Brotherhood they are for stability and restoring calm and order but against the incitation, real or perceived, of the secular opposition. This allows them to retain some distance and be critical of the Brotherhood and Morsi’s stewardship. It is important to remember all this comes within three months’ time of parliamentary elections, and the Salafists stand to make gains from any drop of popularity of the Muslim Brotherhood for its handling of this crisis.

The secular opposition, gathered under the umbrella of the National Salvation Front (NSF), is where Egyptians look for a united show or call for calm by the political class. Unfortunately, the NSF has been very slow in coming up with a coherent position. It has rejected the national dialogue offered by Morsi, but its demands are not always clear. It asked initially for early Presidential elections, which seems to be not only unreasonable, but beside the point of the current crisis. And then the next day the NSF revised its position to ask for the formation of the national unity government, where again it is not clear what it wants. Does it want Cabinet positions? Does it want the Prime Ministership, or perhaps a kind of coalition rule of Egypt between the Prime Minister and the President until parliamentary elections take place, or revisions to the electoral law?

NSF leaders are inconsistent. Amr Moussa’s party recently called for the postponement of parliamentary elections; it is unclear what that would achieve. El-Baradei first refused to take part in the national dialogue, but then called for a meeting with the President, Ministers of Defence and Interior and other political groups. They seem to adapt to events day by day; rather than lead the protests, the protests are leading the NSF. Other leaders like Hamdeen Sabahi have put forward proposals that focus more on social and economic justice, rather than on the more technical details of how the remainder of the transition to parliamentary elections should take place.

In defense of the NSF, the Presidency and Brotherhood have done very little to patch up the rancor that built up over November and December. For instance, the Brotherhood gave very few concessions over amendments to the electoral law that will govern the next election, even where it said it would. For instance, when it came to the vote making it obligatory to have women on the top half of electoral lists, they abandoned their earlier position. Even those groups more focused on negotiating with the Brotherhood and taking part in the national dialogue have left in recent weeks at what they see as continued intransigence.

The biggest question is where public opinion stands. Though there is a sense of exasperation at the political class, many think that these protests and the attendant violence is unacceptable. However, there is also discontent with Morsi’s lack of caution in recent months, his ineptitude in managing the current crisis and his alienation of the secular opposition. In recent nominations to cabinet and governor posts, it seems increasingly apparent that the Brotherhood is intent on capturing key state institutions.

The Brotherhood is showing some willingness to come up with mechanisms for negotiations in the last few days, proposing, for instance, the creation of a committee that would select the amendments to be made to the constitution. The details are not clear, but at least they are starting to think about it. They have also raised the possibility of amending the electoral law, but the Brotherhood seems caught in a split discourse, constantly attacking the opposition for being behind the troubles while also urging it to negotiate. In all, there is very little trust between parties and a lot of lot of ambiguity in the positions that they are taking, which brings us to the question of the Egyptian military.

An element – not necessarily the majority – but an element of the political class, especially the secular class, is hoping that as the crisis escalates the military will have to intervene, either to force concessions out of Morsi or more radically to depose the Morsi administration, which seems like wishful thinking on their part. The military is clearly extremely concerned about the state of anarchy in cities like Port Said and Suez, but also the industrial towns of the Delta, where symbols of state authority such as governor offices have been attacked. Though it has so far avoided confrontation with protesters and left that job to the police, the army has been given powers of arrest and might soon find themselves in that scenario. Between the weakness of the police and a growing sense that they are blamed for the violence, the military could likely find itself forced to act.

There are two likely outcomes: that negotiations amount to something, though it likely to be a very fragile process and calm will not return immediately, mostly because the distrust remains profound between political forces, or the military decides it has to back the Morsi administration and suppress street protests. So far the groups who have taken part in the national dialogue, other than representatives are the President and the MB, have all been the moderate Islamist parties. There have also been other proposals for the formation of a 10-member committee to revise the constitution that would include initially four representatives of the NSF, but again that has been a bit ambiguous. The more fruitful concessions or negotiations might take place on some kind of unity government, although the government has just yesterday stated that the current Prime Minister will remain and a new cabinet will be formed after elections. 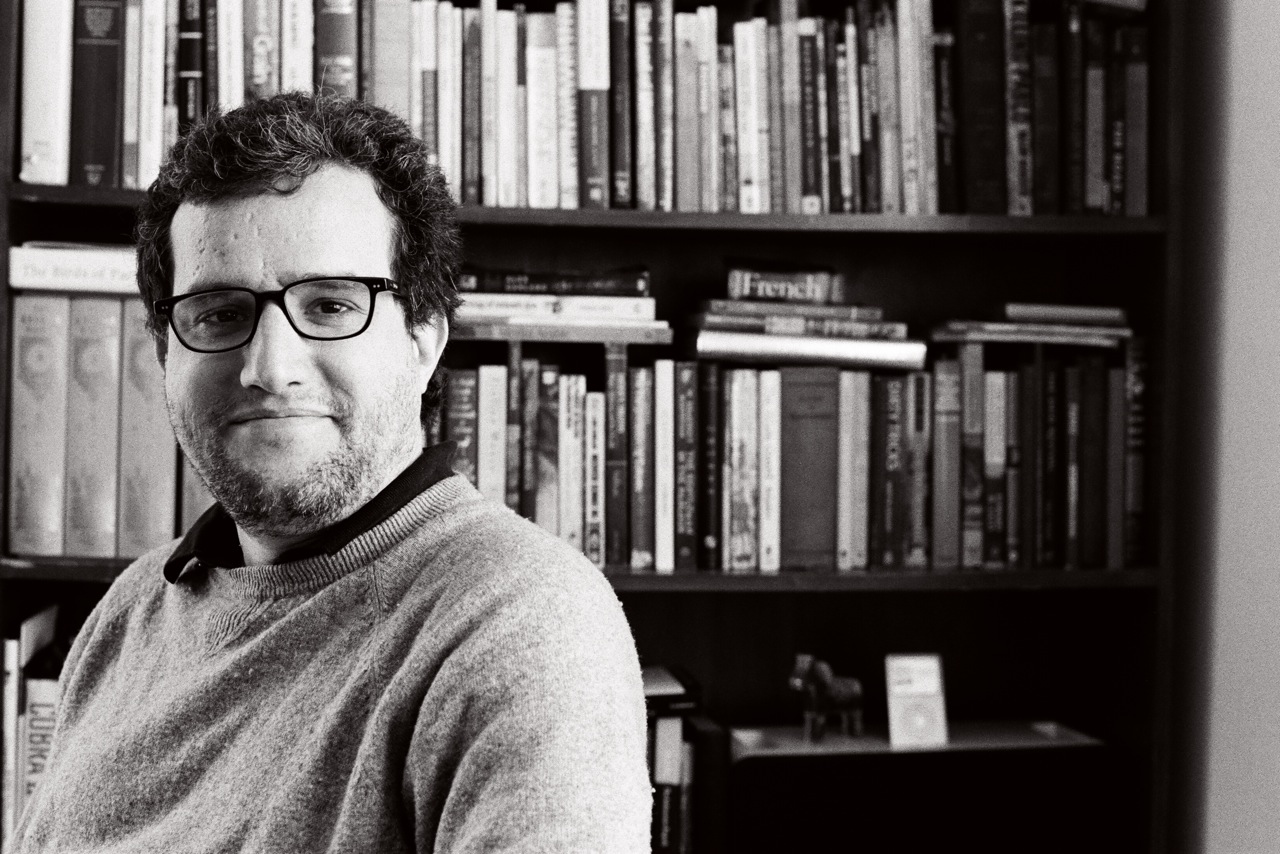