On the evening of 5 April Vladimir Putin invited four of his powerful siloviki contacts to accompany him in announcing Russia’s biggest law enforcement reform in almost 15 years. The new National Guard (NG) will be a new federal body with executive powers that is intended to fight terrorism and organized crime.

Not only does this reform act as a corrective to the power imbalance in the siloviki, where, in recent years, the Federal Security Service (FSB) and the Army have tremendously increased in power, it also serves to keep the siloviki busy and uncertain about their future, coercing them into focusing on the tasks at hand and staying out of politics. By establishing a kind of Pretorian guard which can be used against elites as easily as against ordinary citizens, Putin gains much more room for manoeuvre, whether he wants to stay the course or radically change direction in times of trouble.

The National Guard will be led by Viktor Zolotov, Putin’s own former bodyguard and later longstanding head of the President’s protection service. The new force will include 170,000 former Ministry of Interior troops and a similar number of riot police, special-forces, and police security guards. The new law enforcement structure has been given the status of an “agency” and Zolotov has consequently become a member of the Security Council of Russia.

There used to be two types of stimuli for undertaking reforms – internal and external. So far, public attention has mostly been focused on the latter, because the Russian state has felt the mounting need to address mass social unrest in case the economy continues to deteriorate even further. The utility of a centralised riot police was confirmed in Vladivostok, where in 2008 protests were suppressed, and also in Kaliningrad in 2009. Vladimir Kolokoltsev, the Moscow Police Commissioner until 2012, appeared to be effective in suppressing the May 6, 2012 protests in Bolotnaya square. Putin has since promoted him to Russian Minister of Internal Affairs. However he began to work with Victor Zolotov in September, 2013 when he was appointed the deputy commander of Internal troops.

Who has won and who has lost influence as a result of this reform? Viktor Zolotov and the whole Federal Protection Service group are winners. The reform and consolidation of the National Guard also mean that the Federal Service for Drug Control (FSKN) and Federal Migration Service (FMS), will be streamlined into the Ministry of Interior and will no longer exist as standalone agencies. The FSB is clearly the loser here, having lost power to the Ministry of the Interior. Not to mention Viktor Ivanov of the FSKN and Konstantin Romodanovsky of the FMS, who are now on their way out.

With his new National Guard, it looks like Putin has established a second major vertical that can balance the existing one while at the same time increasing the powers of his “chekistocracy”, which even has its own army now, not just a borrowed one.

The reform is far from being completed and it will take a while to make all the necessary changes, including the establishment of a NG headquarters in all of Russia’s regions – something the internal troops don’t have. The “breaking roofs” (перебивка крыш) or the “changing of the guards” should follow with the NG being able to offer its own “protection services” to businesses just like Vladimir Rushailo, who was formerly in charge of combatting organised crime, was doing in the past. It’s not clear now where FSKN and FMS generals will end up. So far the only officers that will be transferred to the NG will be from the Ministry of the Interior.

The integration of the FMS into the Ministry of the Interior will not be easy either and it could be that Kolokoltsev receives semi-autonomous bodies into his weakened ministry, heightening the possibility of an internal feud, the likes of which were seen in the case of Bastrykin’s Search committee in 2003-2007. It has already been announced that the NG and FSB functions will overlap somehow, especially when combatting the terrorism, but it’s not clear what exactly their relations will be. From the information available, the NG seems an awful lot like an “FSB-2”, but this time it is even more serious and powerful than its predecessor under Cherkesov. 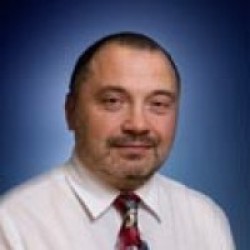