Xi Jinping has laid out what is going to be the defining foreign policy vision of his leadership in the form of the Belt and Road. An all-encompassing initiative, it is something that repeated Chinese leaders have said they want to engage with foreign partners on, in particular with European capitals given the vision is one that starts in China and ends in Europe. Yet, there is still a lack of clarity around exactly what this initiative actually looks like and how it is that foreigners can engage with China on this project. Beijing needs to lay out more clearly what it needs and wants from the world to implement this vision.

Seen from the outside, the Belt and Road initiative is one that appears to in essence be about building economic and trade corridors emanating out from China. Through the development of transport links – be they rail, road, ports or airports – and the construction and rehabilitation of pipelines, markets, economic zones and more, China aims to open Eurasia while reconnecting China to Europe across the wide landmass they share. The potential impact is a game-changing effect on a wide swathe of Eurasia, something that has not gone unnoticed in Europe where policymakers spend lots of time thinking about how to develop their continent. Yet, connecting on the initiative has so far proven difficult. If China genuinely wants greater cooperation on this strategy, then a number of key things need to happen.

First, Beijing needs to clarify where the routes of the Belt and Road will actually go. At the moment, all of the maps that have been produced are ones that are done by enterprising journalists interpreting official statements. The National Development and Reform Commission (NDRC), the body responsible for the vision, has so far not expressed a view or produced a map. This is problematic as it means people are unable to know exactly which Beijing’s priorities are and what specific routes Europe should focus on developing to support and work with China’s plan. For example, generally it is clear that the Silk Road Economic Belt will pass through Central Asia, but which specific road or rail projects is China going to focus on first?

Second, China needs to understand that if they want to maximise external support on the vision, then Chinese led funding initiatives need to be open to foreign contractors. European investment structures like the EBRD or EIB (as well as international ones like the ADB) are very keen to work with China on this vision, but need to ensure that the subsequent project contracts to emerge from investments are put out to open tender. This ensures that the best possible contractors will undertake the projects and ensures that the vision gets carried through in the most effective way possible. This is something that extends beyond simple financing terms and contract procedures: it needs to be made clearer that there is a role for others in Chinese led projects. The key point here is that China needs to be open to working with others in very practical terms to try to advance this vision.

Third, China needs to find ways to discuss sensitive security questions with outsiders. Through the Belt and Road, China is going to increasingly find itself becoming one of the most consequential players on the ground in large parts of Eurasia. With such power will increasingly come a greater regional role, including on sensitive security questions where Beijing will find itself having to try to broker negotiations and agreements between sides in open conflict with each other. This is already happening in Afghanistan, and as time goes on Beijing will find itself ever more involved in such discussions across the continent. Europeans have some experience and understanding of some of these questions and would be willing to share their intelligence and experience with China if Beijing showed an equal level of openness in discussions. Genuine cooperation and deeper understanding come from a full and frank exchange.

There are clearly a great deal more detailed issues that need to be discussed, but these three overarching points need to be addressed before greater detail can be gone in to. China needs to understand that many in Europe are keen to cooperate on this vision, but they need some greater clarity to able to find practical ideas for what cooperation can look like in practice. By offering a more detailed outline of what this initiative physically looks like and what projects Beijing is prioritising, opening up to the idea of making joint investments, and being willing to participate in more frank and open security discussions, Beijing will find receptive doors across Europe. All of which will be essential to ensure President Xi’s vision turns into a long-standing foreign policy legacy reconnecting the Eurasian landmass along the old Silk Roads. 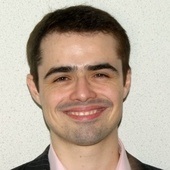