Much of the discussion about the UN Security Council resolution condemning Israeli settlements over the past week has focused on the U.S. decision to abstain, thus allowing it to pass. But Resolution 2334 also opens the door for practical measures to challenge Israel’s prolonged occupation and disincentives its illegal annexation of Palestinian territory, by following the example of Europe’s differentiation policy.

Since assuming office, President Obama has repeatedly warned of the consequences that Israel risks by continuing its settlement project – most notably in his March 2013 address in Jerusalem, in which he warned that, “given the frustration in the international community about this conflict, Israel needs to reverse an undertow of isolation.”

Lest any of these signals be missed, in its report this summer, the Middle East Quartet – comprised of the EU, Russia, UN, and U.S. – flagged Israel settlement activities as major threat to the two-state solution. Alongside these comments have come frequent warnings – including from former Mossad chief Meir Dagan – of the dangers Israel faces in entrenching “a one-state reality of perpetual occupation and conflict that is incompatible with realizing the national aspirations of both peoples.” Both issues were again a major theme of Secretary Kerry’s State Department speech on Wednesday.

To date, the Israeli government has shrugged off such concerns in the exact same manner it dismisses international condemnations of its settlement activities: absolute rejection, accusing the world of singling it out, and trying to deflect the source of the conflict back onto the Palestinians. But the thing that has repeatedly raised Israel’s anxiety levels has been EU measures to differentiate between Israel and its settlements.
A number of moves by the EU in recent years — most notably, the 2013 decision to exclude settlement entities from the Horizon 2020 research and development project, and the November 2015 publication of guidelines on labeling settlement goods — have raised the levels of hysteria in Israel’s government comparable to those on display following the latest Security Council vote.

The similar reactions are unsurprising perhaps, since EU differentiation measures publicly challenge Israel’s attempts to normalize its settlement enterprise. These efforts are meant to ensure that the EU’s own economic, academic and diplomatic ties with Israel do not undermine its support for a two-state solution. These have been combined with coordinated efforts to raise EU-based companies’ awareness of the legal, financial and reputational risks of doing business with Israel’s settlements.

Differentiation has proven an effective tool for chipping away at the incentives structure that underpins continued Israeli support for the status quo of occupation and settlement expansion. Requiring Israel to accommodate the EU’s differentiation requirements has highlight the contradictions inherent in Israel’s desire to grow its international relations even as it deepens its hold over Palestinian territories. In past cases, the Israeli government has eventually agreed to implement its own internal differentiation by upholding the saliency of the pre-June 1967 Green Line (the future basis of a Palestinian state) in order to continue accessing those aspects of its bilateral relations with the EU that it values.
It is this differentiation requirement that is alluded to in Paragraph 5 of Resolution 2334, which “calls upon all states (…) to distinguish in their relevant dealings, between the territory of the State of Israel and the territories occupied since 1967.” Ironically, near identical language was included in a draft of EU’s Foreign Affairs Council (FAC) Conclusions in January 2016, but ultimately removed following Israeli pressure on member states.

The Security Council’s endorsement of the idea and practice of differentiation should be seen as a signal to Europe to redouble its own differentiation measures, and as an invitation for other countries and trading blocs to follow suit. In particular, Mercosur members Argentina, Brazil, Paraguay, Uruguay, and Venezuela (which co-sponsored the UNSC), whose free trade agreement with Israel currently gives settlement products preferential trade tariffs.

The resolution does not foreclose changes to the pre-1967 lines through Israeli-Palestinian negotiations nor does it impose a final agreement on either side. What it does do is reaffirm, with clarity, long-standing international policy position that the Palestinian territory, including East Jerusalem, is occupied territory. That type of declaration goes a long way in countering attempts to conflate Israel with its extraterritorial settlements, and Israeli attempts negate or sideline the protections afforded to Palestinians under international humanitarian law (IHL) and international human rights law (IHRL).

Providing legal clarity is vital for businesses involved in dealings with Israeli settlements at a time when the ICC has expressed its willingness to consider crimes resulting from the exploitation of natural resources and the illegal dispossession of land. It also comes as the UN Human Rights Council is moving forward with a database listing business enterprises with activities in or related to the settlements. Reaffirming the unlawfulness of the settlements and the occupied status of the Palestinian territory will also prove useful to FIFA as it decides on the fate of Israeli settlement-based football teams and their participation in Israel’s league system under UEFA auspices.

Above all, Resolution 2334 should be seen as a belated step towards mobilizing the international consensus in defense of the two-state solution and Palestinian rights. But to give it any real effect, states will need to build on the resolution with a view to make operational the clauses relating to international law and third-state responsibilities. While further developments could be expected in the wake of Secretary Kerry’s speech and in the final weeks of the Obama presidency, it will fall to the EU and its member states to lead by example over the coming years during the U.S. interregnum under President Trump. 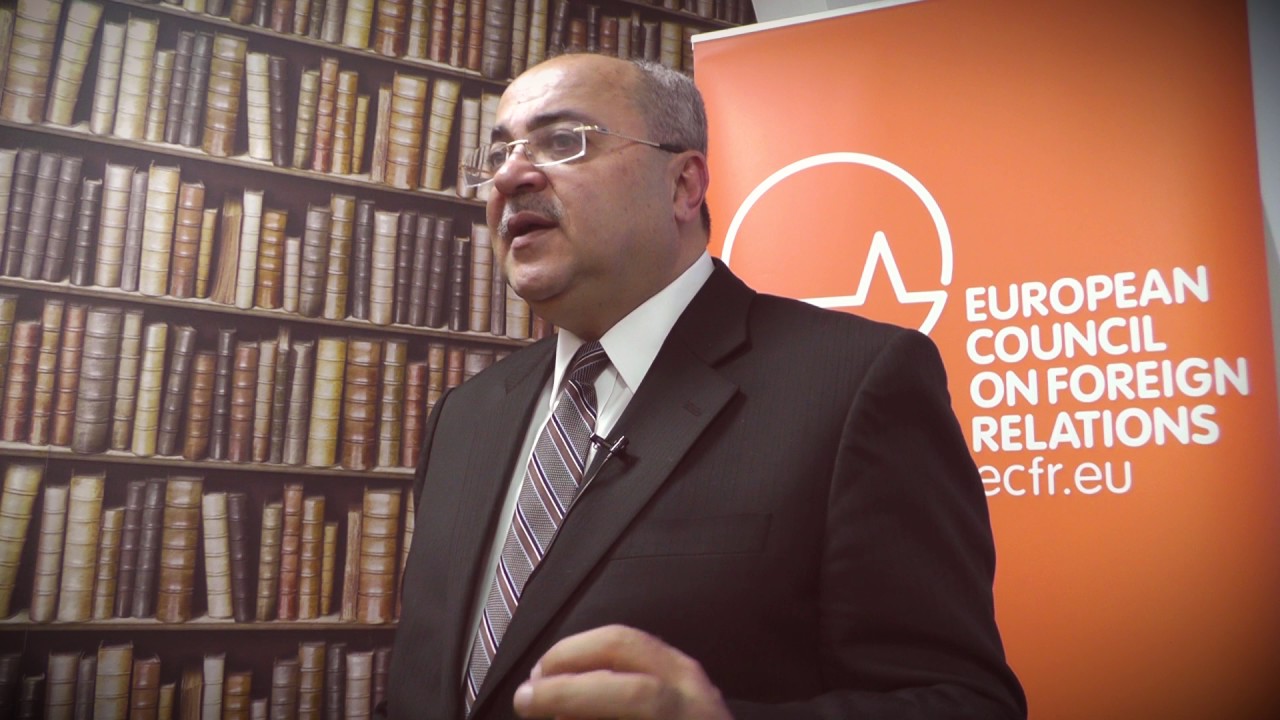 In the run-up to Donald Trump's inauguration, ECFR Policy Fellow Hugh Lovatt asks Ahmad Tibi what role he would like Europe to play in the Middle East peace process over the coming years.