With yesterday’s emergency summit in Brussels the Mediterranean migrant crisis finally got top level attention. The intractable nature of the irregular migration problem never lent itself to decisive action let alone solutions. But the recurring drama is now fuelled by so much conflict and unrest around us that this is no longer an unfortunate ‘side-show’.

But behind the usual rhetoric about solidarity, EU leaders failed to move even one inch on burden-sharing.

EU leaders responded to the drama with increased resources for search and rescue and strong language on countering the smugglers. This is both welcome and necessary, and the least that could have been expected. But behind the usual rhetoric about solidarity, they failed to move even one inch on burden-sharing. This confirms not only how fiendishly difficult the migration issue has become to manage in the short term, but it also reflects a more fundamental problem: how to shape a policy that can in the long turn be both effective and in line with Europe’s values.

The dilemmas are very real. The problem is that between the long-term answer of ending conflict and creating economic prospect, and the short-term imperative of crisis management and humanitarian response, there is very little in the way of vision how to move from one to the other. In that vacuum it is likely that the Australian method will prevail, which is to push back with all available means, legal or not, to prevent people getting on to boats, let alone reaching the other side – and if against all odds they do manage, to send them straight back. The Somalia anti-piracy effort may show the way to a military-style approach (although it is difficult to see that applied effectively to Libya in its current state). Still, ‘reception in the region’ remains a viable doctrine, largely a reality anyway: most refugees never reach Europe – see the figures for Syrians in Lebanon, Jordan, Turkey.

But the stain on Europe’s conscience is not just letting people drown.

Nonetheless the numbers of those trying for Europe continue to rise. With the short-term imperative prevailing, so there is crisis action. But the stain on Europe’s conscience is not just letting people drown. It is also implied in the pitiful response to UNHCR attempts at resettlement, and the resistance to proper burden-sharing within Europe. Less visible but no less real is the corrosive impact on the asylum system when access to procedures is effectively denied by a Dublin system that is no longer fit for purpose, and by large-scale and fast-track returns.

Meanwhile the anti-immigration mood spreads ever further. Tolerance in most member states is wearing very thin indeed, and not just in countries in the south that are in the front line. The uneven distribution of asylum applications and resettlement shows not only how certain countries further north are disproportionally under pressure but also how effective others are in keeping their heads down and shutting people out. All of which reflects the anti-immigration blanket of fear that is suffocating any hopes that EU leaders might rise to that fundamental challenge.

If in the long term we allow the conflagrations in the neighbourhood to erode Europe’s moral standing, there is a parallel with the euro-crisis undercutting its economic base: in both cases we risk ignoring the need for more fundamental systemic change.

It is a vicious cycle, but how to break it? It would be good if we could develop some coherent thinking on all this, with due emphasis to the foreign policy dimensions, but in balance with the internal fall-out. It should be part of efforts regarding a new neighbourhood approach. But it should also try to connect more effectively with the specialist world of asylum and migration. And look at how this complex set of problems is affecting legal safeguards and eating away at Europe’s value system, and what that means for its global role. If in the long term we allow the conflagrations in the neighbourhood to erode Europe’s moral standing, there is a parallel with the euro-crisis undercutting its economic base: in both cases we risk ignoring the need for more fundamental systemic change.

All this poses the question of the value aspect in our foreign policy. There is nothing wrong with being realistic and seeing it as something that has to be balanced against interests, and to look for incremental gains. Strategic patience is relevant here, too. But with threats coming at us from all sides, from export Putinism to import jihadism, there is a growing tendency to put human rights and solidarity on the back burner altogether.

Difficult though the internal politics may be, we should have it in our power to uphold values within our own sphere and borders.

The realist approach is necessary. It is right that we don’t try to conduct foreign policy with our heads in the cloud as the world is turning into an ever more dangerous place. But there is a certain dichotomy that is beginning to feel uncomfortable. We cannot change realities in Russia or China, let alone end wars in Syria or Libya and stop the suffering there. But difficult though the internal politics may be, we should have it in our power to uphold values within our own sphere and borders. When looking at the implications of the Mediterranean crisis, we seem to be losing ground. Even if expansive search and rescue are to be restored for now, the larger picture is that we are effectively turning our backs. ‘Fortress Europe’ is becoming further entrenched. If nothing else, that is something to factor into the thinking about a more effective neighbourhood policy.

Yesterday’s appeal from prominent Europeans stated that “migration is a complex problem that needs a comprehensive and long-term approach”, and one that “reflects our values and responsibilities”. It is time to start thinking about how we can build bridges between the realist imperative and the long-term value implications. How we can cut through technical complexity and easy righteousness, and come up with a sound policy perspective.

Today’s crisis is far from over. “This issue will remain a top priority and the European Council will come back to it in June” is the message from Brussels. Let’s hope it can be a wake-up call not just to save lives now but also to start gearing Europe up towards long-term solutions that are grounded in real solidarity, outside and within. This is not a time to turn our back to the world. The only way to remove the stain on our conscience is to develop some real vision that can help us to serve both our interests and our values. 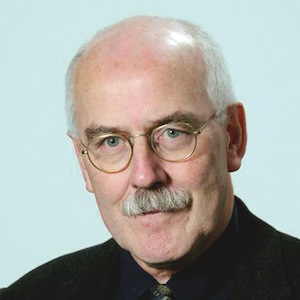